Are Hearing Aids Getting Pricier? 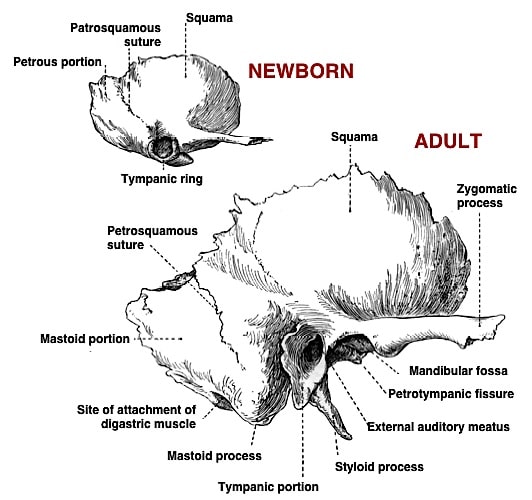 “The hearing aid industry uses every new thing, like digital or a new algorithm, to raise prices.”  CEO of a manufacturer of low-cost, app-smart hearing aids.

Really?  Is the hearing aid industry conniving and villainous to consumers?  Do hearing aids really cost $6000/pair? If so, why has that rule of thumb stayed constant for a decade?  Shouldn’t those $6K hearing aids be going up too?  Where do these ideas come from? Why do some ideas and numbers take hold and become anchor points?

The above quote is well on its way to becoming part of our collective thinking on hearing aid pricing.  It’s been covered recently at HearingHealthMatters, the NYTimes, and all over the Internet.  But what is the basis for saying such things?  Are they true or do they just sound true?  Does it matter whether they’re true or not, if they become accepted articles of faith in our collective conscious?

Hearing Economics has been justly accused of spending its time “down in the weeds,” which is where the answers often lie.  This and future posts dive down and muck around with Price. For those who like to skip the weeds, the Economic Answer is the usual one — It Depends.  In this case, it depends on what you mean by Price.

It’s a good idea to know your doctrine before embarking on a quest for the Truth.  In the case of Price, the doctrinal manual flows from basic macro and microeconomic principals of Supply and Demand.

Let Me Convince You That Hearing Aid Prices Are Climbing

Hearing aid Price is the elephant in our Audiology booth, to paraphrase Mark Ross, PhD.{{4}}[[4]]HJ  Competing with Costco:  Is it time to unbundle prices?  K Pallarito, April 2012 65(4) 24-26.[[4]]  If you doubt that, try searching for price data — HIA doesn’t report it in their confidential quarterly reports; Audiology membership organizations don’t collect such data; State licensing boards don’t; CMS could care less.  Hearing aid manufacturers have their own means of finding out such stuff, but they don’t always share.

The closest we get to real numbers is the annual dispenser surveys of yore conducted by Hearing Review and Hearing Journal.   Next up are the multiple surveys of thousands of US consumers reported in the MarkeTrak series, culminating in Figure 9 in Marketrak VIII.  That figure is reproduced in part on the right (Fig 1), showing aggregate average hearing aid Price in 1989, 1991, 1994, 1997, 2000, 2004 and 2008.  The stair-step to pricing heaven is clear in the figure:   Price went up 241% ($1501/$623) in that 19 year period.  Thousands of people can’t be wrong.

A quick glance at Fig 1 leaves no doubt that hearing aid Price is going up. Therefore, the industry is monopolistic and we are Price Makers.  End of story, right?  No…..

Let Me Convince You That Hearing Aid Prices Are NOT Climbing

Jay McSpaden’s 2005 article in HR took the Pricing bull by the horns, looking at 25 years of pricing, including available MarkeTrak data.  Dr. McSpaden worked hard to get  “apples to apples” comparisons, no easy task.

He considered market responses to a variety of TP shocks (programmable analog, CICs, digital, WDRC, directional mics), treating  linear non-programmable instruments separately for comparison to the entire market. He defined the market more narrowly than MarkeTrak because the latter data included “free, direct-mail hearing aids, and all third-party discounts.”   The Price data came from suppliers rather than end users.   Any way you slice it, the results confirmed those of Fig 1:  average price per hearing aid increased steadily over decades (blue connected dots, Fig 2).

Most importantly, McSpaden adjusted average prices by inflation (light purple connected dots, Fig 2).  And when he did that, expressing everything relative to 2005 dollars, the rising slope virtually disappeared.  Traditional hearing aids cost almost exactly the same in 1980 as they did in 2004 when adjusted for inflation.   In other words, hearing aid Price tracked the Consumer Price Index (CPI)  just like other goods in the CPI basket.

A quick glance at the top function in Fig 2  leaves no doubt that hearing aid Price is NOT going up.  Therefore, the industry is competitive and we are Price Takers.  End of story, right?  No…..

Allow Me to Leave You in Suspense Until Next Week

Dr McSpaden didn’t stop at linear hearing aids and neither shall we.  The quote at the top is all about Price increasing with TP shocks, or at least shocklets.  Keeping our Econ 101 catechism in mind, we’ll look at that next week as the plot thickens and keep our eyes peeled for heroes and villains.

(editor’s note:  this is Part 1 in the multi-year Hearing Aid Pricing series.  Click here for Part 2)