Raising the Curtain on Wholesale to Retail Hearing Aid Pricing 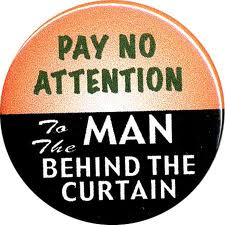 Are hearing aid markups as high as internet operators and others claim?  Are Audiologists routinely using a “5x markup?”  So ended the last post in this series and so begins today’s post.

How High Did You Say?

Based on the 89,400 results accrued from a simple Google search of “$6000 hearing aids,”  it seems reasonable to use the decade-old anchor price of $6000 for a set of instruments as the worldwide retail benchmark.

Anchor price is not Price, but it is what comes to people’s minds, true or not.  In reality, prices vary widely depending on device, provider, location and competition.    Anchoring is important because it reflects an almost unavoidable cognitive bias{{1}}[[1]]The link is to Wikipedia, which gives an easy summary of this and other psychological biases.  Those who wish to learn more can pursue the references provided in the Wiki.[[1]] to make decisions around the anchor price, whether it’s real or not.

Figure 1.  Hearing Aid Retail and Wholesale Pricing Averages  for the Past Decade

A quick look at Figure 1 disproves the anchor price for hearing aids in general.  The retail data are not new or particularly hard to find.  They were published years ago in Hearing Review, Hearing Journal and made available to participants of the Phonak Survey Report. Hearing Economics gathered the data from these sources and put them together along with references in two posts last year. On average in the US since 2004, retail prices for a binaural set of hearing aids ran between $3400-$4200. I say “disproves,” but this is actually part and parcel of the anchor bias:  if a consumer has $6K as his/her anchor price, then $4200 seems like a bargain.  Plus, premium pricing approaches the anchor price, as will be shown in next week’s post.

Internet operators know about anchor bias, which is why they set the $6000/pair anchor as a deliberate starting point and then “negotiate” price downward by offering those $399/ear offers.  That’s the extreme, but what about Audiologists who sell and fit hearing aids?  Do they benefit from the anchor price bias as well?

We know from a previous post that premium wholesale and average retail Price tracked inflation (2004$) closely, as reflected in the parallel functions of Figure 1{{2}}[[2]]In real life, this means that a rational consumer considering his “basket of goods” would not view hearing aid price changes any differently than changes in his cost of eggs or cost changes of other things in his basket.[[2]] Figure 1 further shows an average retail price increase of $45/year over the last decade.  That’s a bit less than the $51/year increase in wholesale prices of premium products shown in the Figure,  and about double the $24/year increase in average wholesale pricing.

For the sake of argument, I will make the broad assumption that licensed retailers attend carefully to their Cost of Goods and therefore face the wholesale costs shown in Figure 1.  To the extent that that assumption holds, then product and service markup ranged{{3}}[[3]]The percentage retail markup is calculated as 100* (Retail – Wholesale)/Wholesale.[[3]] from $1300-1500/aid.  That’s a “markup’ of 2.5 to 2.9 — substantial, certainly, but costs of doing business are not accounted and it’s still far below the 5x markup claimed by Internet sellers.  Gross profit margins stayed steady at 70%-75%.{{4}}[[4]]Formula for % gross profit margin is: 100* (Retail – Wholesale)/Retail.[[4]]

What Figure 1 does NOT provide is average retail price of premium instruments, which is crucial to the discussion because that’s where most of the wholesale increase is occurring.  The big questions are:  How much of the higher cost of premium goods is being passed on to consumers and to which consumers?  Next week’s post goes there.

(editor’s note:  this is Part 8 in the multi-year Hearing Aid Pricing series.  Click here for Part 7 or Part 9)