US Ear Device Patents in June 2018 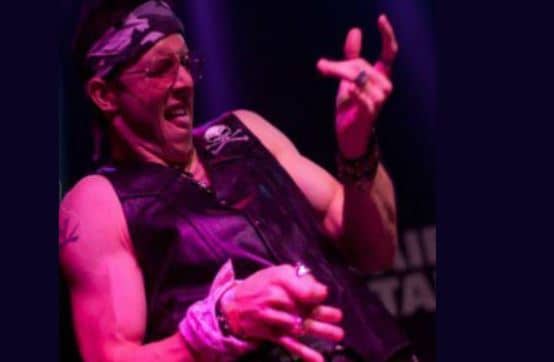 The patent list continues to lean in on ear devices that use the ear as a conveyor belt for things far beyond what audiologists used to think of as hearing “better.” They raise Artificial Intelligence (AI) and Machine Learning (ML) questions about what “better” may mean as technology continues to unfolds. The following are June’s examples of running the “better” gauntlet.

Intel Corporation’s patent #9996162 sounds like something out of a Harry Potter book. It casts a “personal magnetic field” around the wearer, which not only follows the wearer around but “overpower(s) adjacent interfering fields” in its path.  Ominous as that sounds, the principal proposed application is charming: specific gestures are identified to produce musical elements through a speaker, while allowing the gesturer a high degree of personal freedom in performing the gesture to achieve tone, pitch, tempo, etc effects.

“Thus a user may perform a musical score without necessarily having an instrument, and may seem to generate music “out of thin air.”

Please Control Your House and Devices 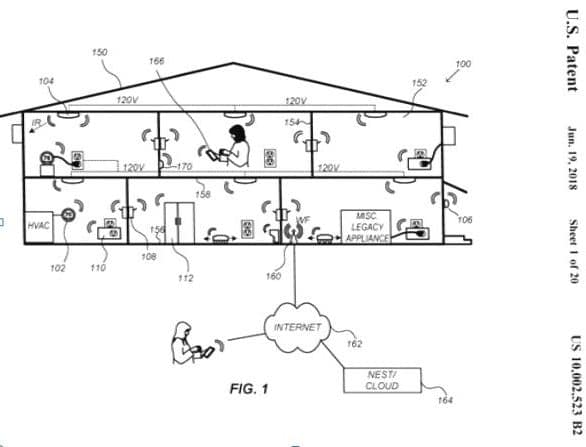 Google knows what goes on in our houses and it worries. Hence, its patent #10002523 identifies possible home dangers and sends us audible “pre-alarm speech(es)…that warn of a developing hazardous condition.” (see Fig 1).

Well! Who among us is not already annoyed by alarms, bells and whistles emanating from the phones of others in public places? Who among us isn’t already in a permanent hyper-vigilant state from random phone pings? Are we eager to add speaker-born warnings of”pre-alarm”conditions from every room in everyone’s houses to our already-crowded auditory milieu? Then again, we do want to know if things are amiss in our own homes.

“devices and systems [that] have an advantage of providing sound to user from the audio signal … without creating sound that can be perceived by others.”

Besides considering the comfort of others, the EarLens contribution will afford us some privacy at least, if not peace and quiet. 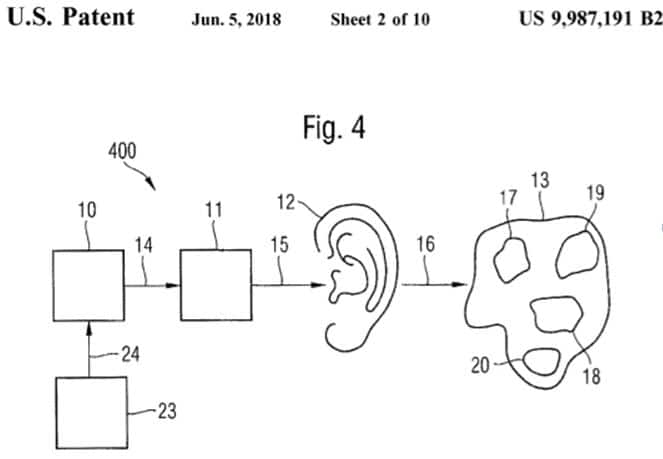 Patent #9987191 from University of Cologne aims to desynchronize pathologically synchronized firing of neuronal populations by resetting the phase of activity in selected neuronal sub-populations. The reason for doing so is to interrupt brain diseases characterized by “excessively strong neuronal activity in a number of neurological and psychiatric diseases… [which]… have a very strong negative influence on the cerebral function.”

The inventors focus on tinnitus as a disease of this type. Their device (Fig 2) delivers multi-frequency auditory signals as desychronizing stimuli. Presumably box 11 in Fig 2 can take many forms, including an in the ear device. 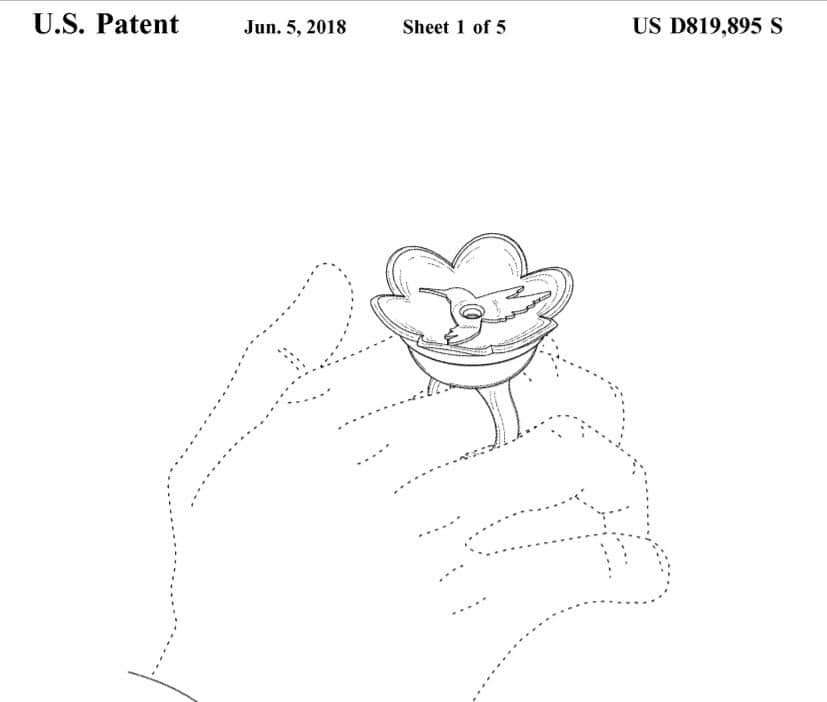 When your tinnitus and constantly-pinging phone get you down, when your personal magnetic air guitar cloak has worn you out, it’s time to lie down on that lounge chair by the pool and take a nap. Don’t forget to don your wearable hummingbird feeder before drifting off.