Old age hearing loss is very common, but often it is not due entirely to the aging process.   In the 1960s, Bergman and others investigated a non-noise exposed population, the  Mabaan Tribe,  and their studies found that aging is a significant cause of hearing impairment, but is probably complicated by other factors in developed areas.  Pure presbycusis, as found in Bergman’s studies, is rare.  In developed areas, exposure to occupational and recreational noise exacerbate presbycusis and contribute to overall hearing impairment as people age.   Presbycusis and noise exposure are major contributors to sensorineural hearing loss 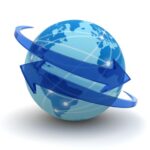 Additionally, medications, ear disease, and other factors also increase hearing loss among the elderly.   According to the NIDCD (2012) about 30%-35% of adults between the ages of 65 and 75 years have a hearing loss and an estimated 40%-50% of people 75 and older do.

Researchers at Keele University in the UK are evaluating the use of stem cells for the treatment of presbycusis, and possibly their findings will have some effect on other types

of sensorineural hearing loss as well.  Funded by the Deafness Research UK and the Freemasons Grand Charity, Dr. Dave Furness and his research associate, Jaqueline Tickle, have been studying why deafness occurs as a result of aging. They have discovered that fibrocytes, which are involved in managing fluid composition in the cochlea, do degrade due to old age. Since the discovery of the circulating “fibrocyte” in 1994 as a collagen-producing cell of the peripheral blood, the physiologic and pathologic role of this unique cell population has grown steadily.

Fibrocytes are cells that circulate in the peripheral blood and produce connective tissue proteins such as vimentin and collagens I and III. They are generally associated with skin lesions, pulmonary fibrosis, and tumors, and they contribute to the remodeling response by secreting matrix metalloproteinases. Fibrocytes can further differentiate, and they are a likely source of the contractile myofibroblast that appears in many fibrotic lesions. When tissue is injured, the predominant mesenchymal cells, the fibroblast, have been believed to be derived from the fibrocyte or possibly from smooth muscle cells lining vessels and glands. Commonly, fibroblasts express smooth muscle actin, a form of actin first found in smooth muscle cells and not found in resting fibrocytes.

The new research at Keele University will explore whether replacement fibrocytes and fibrocyte stem cells can be successfully grown and implanted into the ear.  Dr. Furness (left) said, “If we can find

a way to replace fibrocytes through stem cell therapy when they start to degenerate, but before other parts of the inner ear get damaged, we could potentially have found a way to prevent age-related hearing loss.”

He added, “The second stage of our research is to do just that – grow fibrocytes in culture specifically to treat age-related hearing loss. We’re still in the preliminary stages of the research, but are growing these cells successfully and the next stage will be to find a way to transplant them effectively into the ear.”

Of course, this is just the beginning of this fascinating project that could have very beneficial results for the world’s hearing impaired. However, we suspect that it will still be quite a while before Otologists and Audiologists will be put out of business.