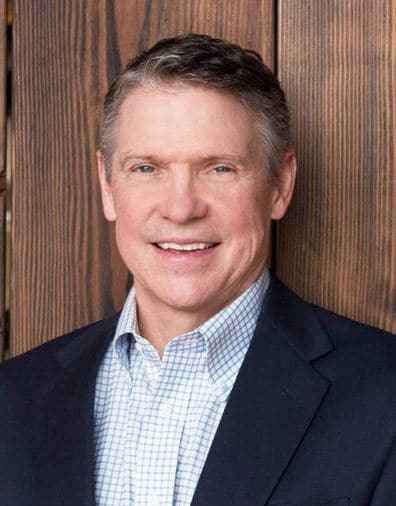 Last week we discussed the bizarre behavior of one of the richest people in world history, Howard Robards Hughes, Jr.

There are reasonably credible stories that have surfaced about Mr. Hughes

suggesting that the person on record as dying as Howard Hughes while descending into Houston April 12, 1976 may not have actually been him. It seems that Mr. Hughes was quite prone to using doubles to fool the public, the government, and business associates as to his

whereabouts, but we will present that case next week. For the purposes of Part II, lets assume that the person who died in the airplane was actually Mr. Hughes. There are reports (Breo, 1979) of hearing loss during childhood, but these could be simply childhood ear infections that would come and go with childhood or real hearing loss from high fever or other disorders but there is not much evidence of this is available. His doting mother was known to be concerned about “Sonny” her only child contracting polio, a major childhood disease of the time,

and was obsessed with “germs” and cleanliness, an issue that was transferred to Howard and haunted him throughout life. From a clinical standpoint, of more concern to his hearing was the substantial exposure to aircraft noise, concussions and skull fractures (depending upon where and how these took place) from airplane crashes, use of opioids in the form of codeine and aspirin as well as possible aminoglycoside toxicity in treatment which may have been for the burns he suffered over 78% of his body in the nearly fatal 1946 crash of his XF-11 plane.

Hughes’ final physician, Dr. Wilbur Thain, began treating him in 1973 when he was taking 40 tablets of codeine a day and he reduced that to about 5 per day but upped the aspirin 20-30 tablets per day. Medical records and audiometric assessments are, of course are not readily available as Mr. Hughes and his staff worked very hard to keep his private issues, especially health, a secret. Alchenter (2017) among others stated that, “Howard Hughes, probably the richest man ever, inflation adjusted, [at the time of his death] was mostly deaf. He could only hear people if he was talking one on one with them and they were close. This made him shy in groups. It also made him intensely good at focusing on whatever he was interested in with no distractions.” Additionally in most depictions of Mr. Hughes he seems to favor his right ear, both in movies about him and in his congressional testimony.  In support of Alchenter’s comments,

codeine addiction has been known to cause mental / psychological effects including:

While the issues created by the drugs might explain his eccentric behavior during his last years, adding hearing loss into the equation would contribute to the paranoia, isolation and other concerns effecting his actions during these last years of his life. When asked by Breo (1979) in an interview for People Magazine, if Hughes was an impossible patient, his personal physician in those later years, Dr. Wilbur Thain said, “That’s a masterpiece of understatement. He wanted doctors around, but he didn’t want to see them unless he had to. He would allow no X-rays—I never saw an X-ray of Hughes until after he died—no blood tests, no physical exams. He understood his situation and chose to live the way he lived. Rather than listen to a

doctor, he would fall asleep or say he couldn’t hear. He had some hearing loss partially due to his work around aircraft. That’s why he liked to use the telephone: It had an amplifier. He was very alert and well-informed.”

But…..What of the Hearing Loss?

As for the hearing loss, Mr. Hughes had some devastating experiences relative to hearing over his lifetime.  While there are no audiograms that are readily available for Mr. Hughes it is possible to predict hearing loss based upon the known noise exposure, injuries and drug ingestion.  His noise exposure had to be huge in that he was flying in open cockpit planes for his epic movie and further noise exposure was to other aviation noises which we know are devastating to hearing.  Additionally there has to be some ototoxicity with his high consumption of codeine the other drugs, such as aspirin, valium and others.  Blakely & Schilling (2008) present that, “Ototoxicity associated with narcotic-acetaminophen combinations is not widely recognized. This can be the cause of severe-to-profound hearing loss that may be overlooked.”  When this issue is coupled with the intense noise exposure, it would probably leave the person with a severe to profound hearing loss. Review of his testimony in the late 1940s, as suggested above, indicates that he favored his right ear so probably there was a bit less impairment for the right side. While I have no audiometric evidence to support my estimates, I would suspect that Mr. Hughes’ hearing loss at the time of his death in April 1976 would be similar to the  audiogram at left or possibly worse. Additionally, this type of hearing impairment is often accompanied by significant tinnitus and Hyperacousis which would have contributed to all of the issues outlined above by Dr. Thain.

Next week we will consider the possibility that Howard Hughes had a double taking his place and actually lived much longer than 1976.  And reconsider his possible residual hearing impairment.