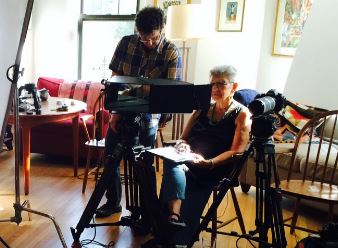 Well, maybe not, but for you disbelievers there is new research that suggests that oysters not only can hear but are affected by the overall noise pollution of the seas.  Sounds such as cargo ships, underwater oil exploration and other noisy activities are causing interesting activities in molluscs as well as the fish and mammals.  There is an increasing concern that anthropogenic noise could have a significant impact on the marine environment, fish and ocean mammals, such as whales and dolphins but invertebrates? This week’s discussion at Hearing International will take on the issue of Oysters and their hearing.

Oyster is the common name for a number of different families of salt-water bivalve molluscs that live in marine or brackish habitats. In some species the valves (or shells) are highly calcified, and many are somewhat irregular in shape. The  bivalve class is characterized by a hinged shell with right and left halves which covers its visceral mass. In bivalves the foot extends out between the shells and is used for locomotion. The bivalves lack a radula. Familiar bivalves include mussels, clams, and oysters and are part of the phylum of Mollusca, which biologically classifies a number species from snails to octopus as well as oysters. More than 15,000 species of clams, oysters, mussels, scallops, and other members of the phylum Mollusca characterized as bivalves by this shell that is divided from front to back into left and right valves. The valves are connected to one another at a hinge.  Primitive bivalves ingest sediment; however, in most species the respiratory gills have become modified into organs of filtration called ctenidia. In keeping with a largely sedentary and deposit-feeding or suspension-feeding lifestyle, bivalves have lost the head and the radular rasping organ typical of most mollusks.  While some Mollusca have rather well developed eyes, they are known for not having a traditional auditory mechanism.

ecosystem. The question then remains, What, if any, sounds do these Mollusca perceive?    This was a question investigated recently by Charifi (2017) and a team of scientists at the University of Bordeaux.  They investigated Magallana gigas (Crassostrea gigas) sometimes called pacific oysters using pure tone exposures, an accelerometer fixed on the

oyster shell and hydrophone in the water column.   Groups of 16 oysters were exposed to quantifiable waterborne sinusoidal sounds in the range of 10 Hz to 20 kHz at various acoustic energies. The experiment was conducted in running seawater using an experimental flume equipped with suspended loudspeakers. The sensitivity of the oysters was measured by recording their valve movements by high-frequency noninvasive valvometry. The tests were 3 min tone exposures including a 70 sec fade-in period. Three endpoints were analyzed: the ratio of responding individuals in the group, the resulting changes of valve opening amplitude and the response latency. At high enough acoustic energy, oysters transiently closed their valves in response to frequencies in the range of 10 to <1000 Hz. The greatest response fell within the frequency range 10–200 Hz, with 60–95% of animals responding during each test. The minimum acoustic energy required to elicit a response was 0.02 m∙s-2 at 122 dBrms re 1 μPa for frequencies ranging from 10 to 80 Hz. As a partial valve

closure cannot be differentiated from a nociceptive response, it is very likely that oysters detect sounds at lower acoustic energy. This was a complex study involving not only acoustic measurements but also the movement of the valves to the stimulus.  So, the deduction from the study conducted by the University of Bordeaux was that underwater noise pollution can affect oysters as they close their shells when exposed to low frequencies of sounds in experimental conditions. Oysters rely on hearing waves and currents to regulate their circadian rhythms, and perception of weather events—such as rain—may induce spawning. Cargo ships, pile drivers, and explosions conducted underwater produce low frequencies that may be detected by oysters causing disruption of these activities.