Hearing International  reviewed this innovative finding at Hearing Health and Technology Matters, October 18, 2011.   This update and modification of the original blog suggests that caffeine still might not be a tinnitus enhancer, but could even be beneficial. 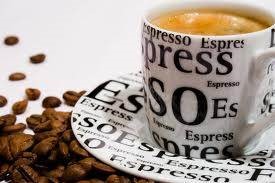 One of the world’s most international experiences is coffee, but so is tinnitus…..

While there are lots of sources of caffeine, coffee is truly an international beverage from far away places, roasted, brewed, squeezed, pressed, boiled, perked and has each country has their culture in every cup. Products and research projects are invented over coffee and, in Turkey, fortunes are told by coffee grounds. Coffee is enjoyed with shisha pipes

in smoked filled coffee houses in the Middle East, espresso coffee shops and white table clothed restaurants in Europe and in the vehicle cup holders across America.

Howard Shultz learned that coffee was a culture long before most Americans when he traveled to Italy and became captivated with Italian coffee bars and the romance of the European coffee experience. Shultz had a vision to bring the Italian coffeehouse tradition back to the United States and offer the coffee house as a place for conversation and a sense of community. Of course, this spurred the rise of Starbucks from a small, one-store Seattle operation in 1971, to an international operation with over 15,000+ stores in 50+ countries.

In Europe, most people do not “grab” coffee at a drive up and slurp it down on the way to work as we do in America but they linger and interact with others over a tiny cup of espresso– a different culture, but coffee and caffeine just the same. That best remembered cup of coffee is like an old girlfriend/boyfriend that you will always hold in a special place. Personally, I remember the most expensive cup ever one evening while exploring Venice with Swiss friends. The cup was served in San Marco 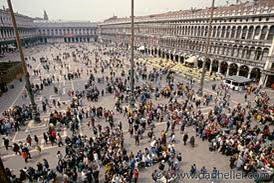 Square in Venice, on a beautiful summer evening with an orchestra playing Beethoven. At 80 Euros for 4 coffees, the cup was very special, as was the Grappa that came with it, but the frendship and the memories were priceless.
No matter how great the memories, coffee and many teas are loaded with caffeine which has for many years been tied to tinnitus.

Tinnitus is a World Issue

As I traveled to various parts of the world, one of the first questions I would be asked by audiologists and physicians was, “What do you do for tinnitus in America?”. In the Audiological world, tinnitus often accompanys various types of hearing impairment and is a common complaint for many hearing impaired patients. Of course, for most of my career (and probably yours as well) one the first questions on the Case History form for tinnitus is about caffeine intake. Harding (2010) echos what Audiologists and Otolaryngologists have thought for a very long time, that kicking caffeine can assist to ease ringing in the ears. In fact, physicians and audiologists often recommend caffeine restriction for patients with tinni

tus, despite the lack of scientific evidence of any benefit for this recommendation. DuPriest (2011) supports the age old recommendation to reduce caffeine intake, suggesting that caffeine is a well-known vasoconstrictor of blood flow in the brain and a vasodilator in the muscles. In doses above 250 mg per day caffeine is known to constrict blood flow in the brain, and can cause irritability, jitters, insomnia, heart palpitations, stomach upset, and headaches. Researchers also suggest that caffeine consumption is so common world wide, and its vasoconstriction effect on the brain so predictable that its use probably confounds the results of MRIs and other brain scans as well as cerebral blood flow in brain scans of people going through caffeine withdrawal. As a general rule of thumb, Aubrey (2006) most caffeine users need a surprisingly small amount of the stimulant to enjoy its pleasant effects. Studies show that 100 milligrams — just a 6-ounce cup of a typical automatic-drip coffee — produces a lift…Now translate that to a Venti-sized Starbucks (20 oz.)…..Hmmm, thats about 320 milligrams in one cup! Espresso is a bit less as there is less in the cup, 1.5 oz about 77mg of caffeine.

A 2010 Study on the Effects of Caffeine

One study at the University of Bristol in the UK by St.Claire et al (2010) is offers evidence that caffeine may not be a major player in tinnitus.

Although vasoconstriction and all the other symptoms make sense to the seasoned professional, their study did not confirm a connection. The St. Claire et al study followed a group of subjects over a 30-day period. Half of the participants kept up their normal caffeine consumption and then went through a “phased withdrawal” in which the researchers gradually reduced the caffeine content of the beverages consumed by participants. The other half of the group went through phased withdrawal first and then resumed to their normal intake. Study participants didn’t know which group they were in. St. Claire and her team purposely made withdrawal relatively gradual to ensure that neither group suffered severe withdrawal symptoms. But the phased withdrawal also prevented participants from identifying which group they’d been assigned to based on their symptoms. 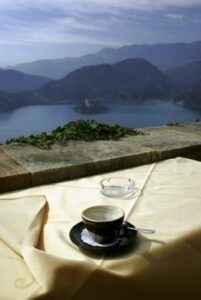 Although this evidence will probably not get most of us to take the caffeine questions off of our case history forms, the research is interesting and offers a possible insight into caffeine intake, perhaps allowing us to keep our morning Joe  regimen.