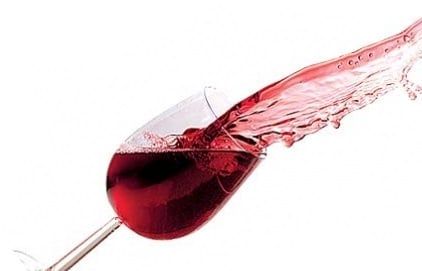 LONDON–Since this blog first reported that Phonak LLC would start selling Brio, a new premium hearing aid model, through Costco, we have received and published dozens of comments on the issue.

Many came from independent practitioners who dispense Phonak hearing aids. They expressed outrage over having to compete with a “big box” store that would charge consumers much less than they could for its Phonak products while offering inferior service. Several comments came from dispensers employed by Costco, who were offended by the assumption that they provide substandard service.

Other, more dispassionate observers contended that Phonak, which is owned by the Swiss-based Sonova Group, was simply doing what it calculated was best for its business, just like the other hearing aid companies that sell to Costco—and those that have decided not to, at least for now.

In response to the controversy over the issue, Jeff Newnham, president of Phonak LLC, accepted our blog’s invitation to write a Hearing View for us. In it, he said that Phonak’s decision was motivated by its desire “to help all hearing-impaired people, including those consumers motivated by price who prefer a value practice model for their hearing care.” He added, that Phonak remains “dedicated to the independent hearing healthcare providers and their respective businesses.”

BernsteinResearch, a leading analyst of the hearing aid industry, weighed in on the subject. Bernstein, an international research and brokerage firm whose findings have been reported on this blog before, issued a “Quick Take” on the likely effects of the Phonak-Costco agreement, which it agreed to share with Hearing News Watch.

Written by senior analyst Lisa Bedell Clive, the report is entitled “Sonova to Sell Phonak Brand to Costco. Long-Term Gain, But Short-Term Pain.” In her analysis, Clive predicted that the agreement with Costco would be “something of a mixed bag for Sonova.”

On the positive side, she wrote, it gives Sonova “the long-term potential for solid market share in a fast-growing channel.” Over the past decade, the report said, Costco’s hearing aid sales have quadrupled, reaching some 355,000 units in 2013, approximately 11% of the U.S. market.

On the down side, Clive added, Sonova angered many independent practitioners, who account for about half the company’s unit sales in the U.S. Also, by selling Phonak hearing aids to Costco for much less than it charges other private-sector customers, its overall per-unit profit margin would be somewhat narrower. On the other hand, the per-unit cost of selling in bulk to Costco would be unusually low.

“In the long term,” the London-based Bernstein analyst stated, “this agreement is probably the right decision for Sonova. The market is moving away from independent retail, with growth in chain retail and manufacturer forward integration.”

However, she said, “The transition away from the independents could be painful [for Sonova], starting with immediate share losses due to angry customers on the back of this announcement.” She added, “We understand that when GN first brought their premium ReSound product range into Costco in 2010 they did end up seeing a notable decline in sales with independents over the following year.”

IMPACT ON OTHER COMPANIES

Clive also looked at how the Sonova-Costco agreement might affect other manufacturers that supply hearing aids to the wholesale chain. It will be likely to have “a very modest negative” impact on GN ReSound, she wrote, by cutting a little into its share of Costco’s hearing aid business. She foresees William Demant, which sells Bernafon instruments through Costco, also losing some share.

In her view, Siemens is most at risk. Its Rexton brand’s share of the Costco business had already declined from 65% in 2012 to 47% in 2013, and she expects that it will shrink even faster this year in the face of growing competition.

To obtain Bernstein’s full report on this subject or other analyses of the hearing aid market, e-mail prospects@bernstein.com.