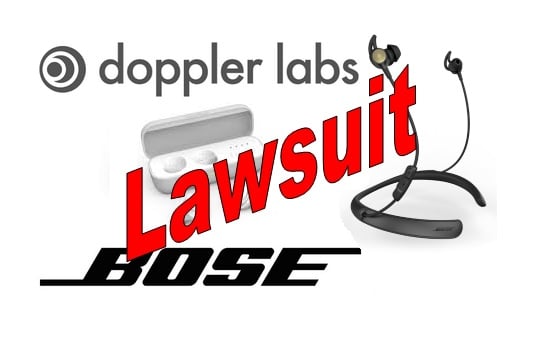 NEW YORK–Two former New York City police officers–Jim Phillips and Dan Carione–will have a chance to prove at trial that they should not have been forced to retire because they wore hearing aids—hearing aids that the New York Police Department (NYPD) paid for.

As previously discussed on this blog, Carione, now aged 47, and Phillips, 43, were both police veterans with more than 40 years’ combined experience. Both served for some years, without incident, with hearing losses suffered in the line of duty. Both men wore hearing aids for part of that time until NYPD began enforcing a rule against officers wearing hearing aids.

On September 11, 2014, more than three years after the men filed a complaint with the U.S. Equal Employment Opportunity Commission (EEOC) accusing NYPD of discriminatory treatment in violation of the Americans with Disabilities Act (ADA), U.S. District Court Judge Katherine Polk Failla dismissed both sides’ motions for summary judgments of the case, thus making a trial necessary, unless the parties reach a settlement.

The City of New York, the defendant in the case, had asked the court to dismiss the two men’s charges, which, if granted, would have left them involuntarily retired. The plaintiffs’ motion asked the court to decide, without a trial, that the NYPD policy prohibiting the use of hearing aids and requiring normal hearing was per se discriminatory. That would have been a finding of liability against the city.

In a lengthy statement delivered from the bench, Failla said that the written submissions from the parties included “disputed issues of material fact on whether plaintiffs are qualified to perform the essential functions of their job with or without reasonable accommodation.” Because the evidence on that issue was so divided, she said that she could not grant summary judgment in favor of either side.

Colleen Meenan, attorney for Phillips and Carione, told Hearing News Watch, “We’re elated” by the ruling. She added, “A jury needs to decide whether these officers are qualified to perform their jobs.”

She praised Judge Failla’s “diligent and thorough” approach to the “difficult issues“ in the case.

Meenan, who was a New York City police officer before becoming a lawyer, said that the implications of the case “could be huge,” extending far beyond its impact on her clients. For one thing, she said, the outcome could change how the NYPD handles hearing issues among its members.

Currently, she said, the department “has no hearing policy for cops.” She said that it needs to establish what are the hearing-critical tasks for an officer and develop a way of determining if an officer has the functional hearing ability, either aided or unaided, to perform those tasks. She added, “You don’t need perfect hearing to do the job any more than you need 20-20 vision.”

Meenan said that a decision in the plaintiffs’ favor could also allow young military veterans who have returned home from Iraq and Afghanistan with hearing loss to serve the public as police officers.

KEY POINTS IN THE JUDGE’S RULING
In her statement, which ran 20 pages in length when transcribed, Judge Failla said that she focused on the question, “Can the plaintiffs demonstrate that they are able to perform the essential functions of NYPD police officers?”

She pointed out that the defense referenced statements from the New York City Medical Board saying that Phillips and Carione could not perform the duties of the job. The city also presented a statement by Marc Kramer, PhD, a consultant in audiology, saying that it was “inappropriate“ for public safety workers to use hearing aids and that officers cannot perform their job functions with a hearing aid, since, among other factors, a hearing aid does not provide the user with normal hearing.

Two expert witnesses for the plantiffs presented opposite opinions. Sig Soli, PhD, declared that both men had sufficient functional hearing to perform the hearing-critical job functions of a police officer. Joseph Montano, PhD, noted that since NYPD has no testing protocols to evaluate if an officer’s hearing is sufficient to do the job, that left Phillips and Carione without any means to prove that they heard well enough to remain on active duty.

New York is an outlier
In explaining her decision to send the case on for a possible jury trial, the judge seemed to place considerable weight on an NYPD survey of 15 police departments around the country. It found that all except New York’s allow officers to wear hearing aids on duty if they can meet their department’s hearing standards.

Failla also observed, “There seemed to be folks at the NYPD itself who think plaintiffs can perform their jobs.“

In concluding, the judge suggested that the parties see if they can reach some accommodation so that a trial will not be required.

Meenan, the attorney for Phillips and Carione, said the plaintiffs have submitted a settlement proposal that calls for eliminating NYPD’s hearing aid policy, establishing an appropriate hearing standard for police officers and applicants, and awarding monetary damages to her clients.