Being Audiologist Less Stressful than Being Librarian, Says CareerCast 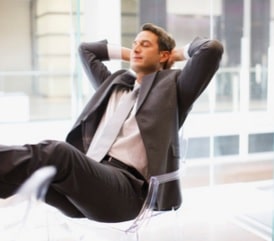 Audiology has yet again landed in the top 10 “Least Stressful” jobs for another year. Out of more than 200 jobs, CareerCast.com puts audiology at number 8 in 2016, with a job stress score of 9.3 out of a scale of 1 to 85. Somehow, inexplicably, scoring as less stressful than librarian (whose stress score is 10.58).

While audiology no longer holds the top spot for “Least Stressful” that it did in 2011, according to CareerCast, the median salary for audiologists has increased to $73,060 in 2016.

Here’s the top 10 Least Stressful Jobs in 2016, according to CareerCast:

So which were the most stressful? Below are the top 10 Most Stressful Jobs in 2016, according to the company:

CareerCast, and others, have consistently ranked audiology among the top best jobs in America for years.

There were a number of people that chimed in when audiology topped the Least Stressful list a few years ago that were more than a little shocked, with the majority disagreeing strongly that audiology was a stressless profession. One particular comment summed up much of the general sentiment at that time, which probably still holds true today, questioning the credibility of the list:

“How in the world could you people decide this was the least stressful job? Have you ever told parents that their baby will wear hearing aids the rest of their life? Or tried to convince old people who think they hear fine that they need to spend thousands on hearing aids that they don’t want? What a joke this article is.”

While many audiologists would agree that their job is certainly not stress free, especially amid recent industry disruptions and uncertainty, most would probably tell you that despite the stress being an audiologist is still an incredibly rewarding career path.