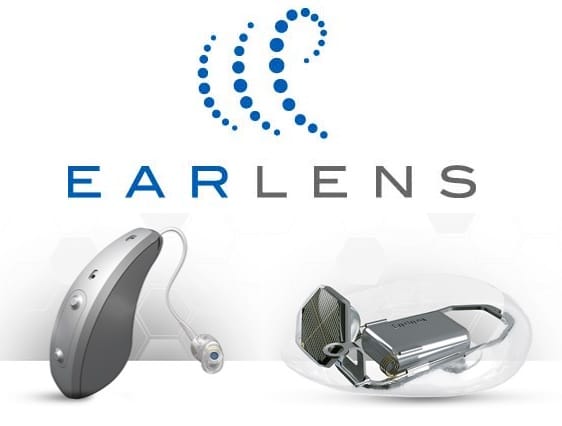 MENLO PARK, CALIFORNIA — The Earlens Corporation announced this week the final close of its $73 million Series C preferred stock financing, and the establishment of a structured debt facility with CRG LP for up to $45 million. According to the company’s press release, proceeds from the financing will support the expanded commercialization of the Earlens Light Driven Hearing Aid, scaling up manufacturing, and next generation research and development.

Unlike conventional hearing aids that use a speaker to amplify sound, the California startup’s novel approach to amplification works by converting sound energy into focused light, which is emitted from a diode attached to the behind-the-ear audio processor to a “lens” that rests on the eardrum. According to the company, this method of processing sound offers significant reductions in risk for acoustic feedback compared to traditional hearing aids, as well as enhanced frequency bandwidth.

“We believe this technology can dramatically transform the way hearing impairment is addressed.  This financing will help Earlens expand its commercial operations while enhancing its product pipeline.” —Luke Duster, Managing Director at CRG

Incorporated in 2005, Earlens Corporation is headquartered in Menlo Park, California. In late 2015, the FDA cleared a De Novo 510(k) premarket submission allowing Earlens to market their Light-Driven Hearing Aid for use in adults with mild to severe sensorineural hearing impairment..