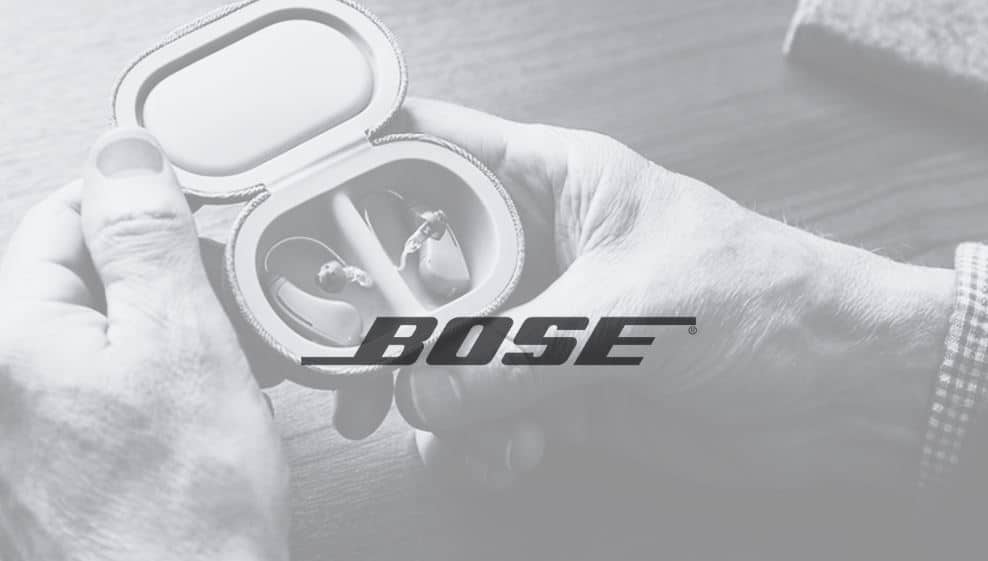 Update July, 2022: Bose Corporation and Lexie Hearing, a direct-to-consumer hearing aid provider in the United States, have announced a partnership to bring Bose’s self-fitting hearing aid technology to the Lexie Hearing product line. The new Lexie B1 Hearing Aids will be Powered by Bose, allowing wearers to fit, program, and control their hearing aids. With this new partnership, Bose SoundControl™ Hearing Aids will no longer be manufactured or sold. However, Bose will continue to support customers who have previously purchased the product.

A Boston Globe report on May 3rd confirmed months of rumors circulating in the hearing industry – that the Bose hearing aid division was either closing or shifting its business strategy.

According to the report, an independent review of the company’s business strategy indicated in February that the company “should no longer be selling hearing aids”. After recent struggles, including closures of a number of the company’s retail stores, Bose intends to focus on its most popular and best selling products.

The news that Bose is exiting the hearing aid market has received mixed reactions from both the consumer and professional communities, who are still awaiting the final rules from the FDA on Over The Counter (OTC) hearing aids – a new category for hearing aids, which many view Bose being largely responsible for creating.

The company’s SoundControl hearing aids had only been for sale to the public for less than one year, after first being unveiled in May 2021.

Prior to the release of the Jabra Enhance Plus, Bose was the only company approved in the self-fitting hearing aid category by the FDA.

Bose’s primary reason for exiting the self-fit hearing aid category was shifting corporate priorities in response to intense competition from Apple for its core business.  SoundControl hearing aids had less than 10 months of sales data from its nationwide launch, possibly insufficient to determine the category’s potential. Yet perhaps the SoundControl’s biggest miss was its traditional form factor, which evoked a midlevel, traditional hearing aid, devoid of any personality or imprint of the Bose brand, one of the company’s biggest assets.  In addition, Bose’s experience sounds a cautionary note for entrants lining up for the soon-to-be finalized OTC hearing aid category.  Launch plans must address the three-body force in hearing healthcare of stigma, denial, and apathy, which interact and represent after price, the primary challenge in hearing aid market development.

Brandon Sawalich, President and CEO of Starkey and former chair of the Hearing Industries Association (HIA) offered his perspective on the announcement:

“After years of lobbying for OTC hearing aids, Bose cuts its health division right before the FDA releases its final rules. Hearing aids are not a commodity. Consumer electronics companies continue to overlook an important aspect of our industry: the art and science that goes into treating hearing loss.

I hope that the sudden departure of the company that triggered this change is a turning point for the conversation around OTC hearing devices. I look forward to working with members of Congress, including Senators Warren and Grassley on a solution finally focused on the patient, not on profits of consumer electronics companies.”