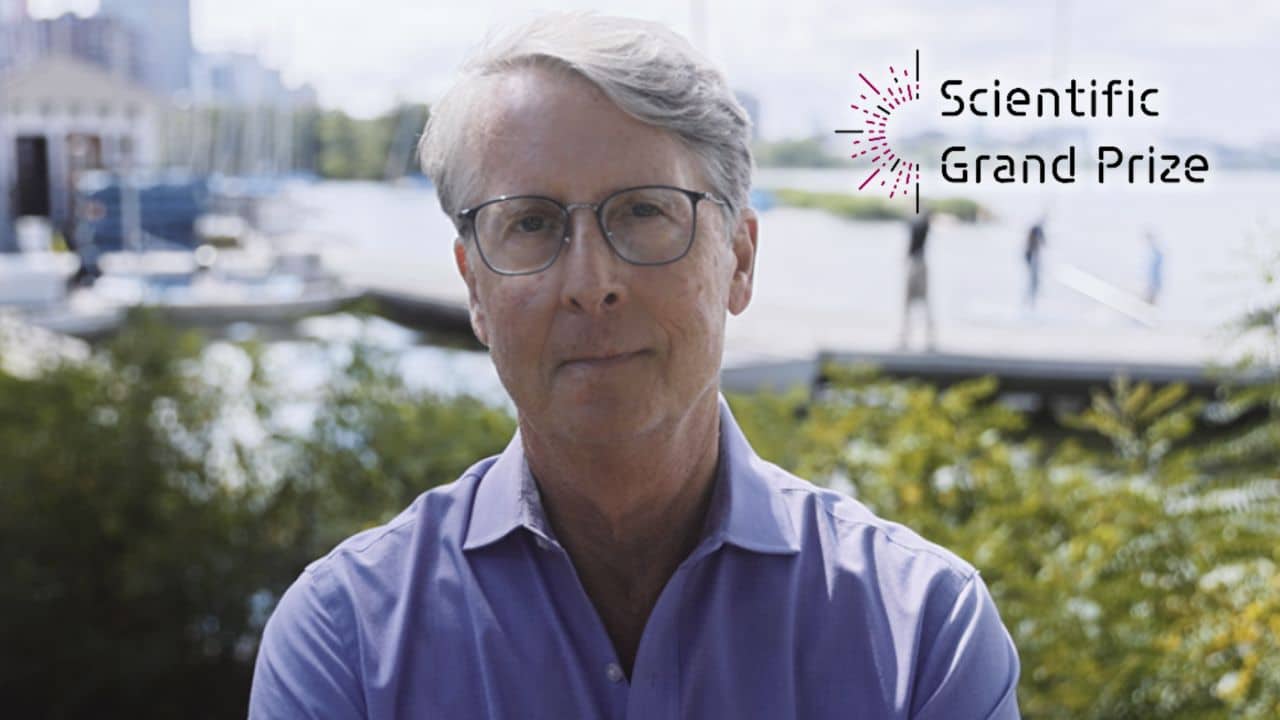 The award is one of the highest honors given in hearing science and was presented to Dr. Liberman in a ceremony in Paris, France, on October 20, 2022. The Scientific Grand Prize carries a €100,000 honorarium.

La Fondation Pour l’Audition is a public-interest foundation that is committed to bringing together research, health care and disease prevention for hearing loss. As part of this mission, it rewards and supports pioneering hearing researchers.

Dr. Liberman, the Harold F. Schuknecht Professor of Otolaryngology–Head and Neck Surgery at Harvard Medical School, previously served as the director of the Eaton-Peabody Laboratories at Mass Eye and Ear for more than 25 years, where he remains an investigator.

“Dr. Liberman’s research upended the dogma of what was known about the cause of hearing loss in the inner ear, and that work has had a profound and lasting impact throughout the field of hearing science,” said Mark A. Varvares, MD, FACS, chief of Otolaryngology–Head and Neck Surgery at Mass Eye and Ear and the John W. Merriam/William W. Montgomery Professor and Chair of Otolaryngology–Head and Neck Surgery at Harvard Medical School. “His body of work and leadership at Mass Eye and Ear propelled the Eaton-Peabody Laboratories into the premier hearing research center in the world, and we congratulate him on this well-deserved recognition of his impressive career and lasting contributions.”

Hearing loss affects more than 5 percent of the world’s population, an estimated 430 million individuals, according to the World Health Organization.

One of the more common complaints hearing clinicians receive from patients is difficulty hearing in noisy environments. However, many of these patients do not show measurable hearing loss deficits on an audiogram, widely considered the gold standard hearing test. The audiogram measures the loss of hair cells, the sensory cells inside the inner ear.

Dr. Liberman and Sharon Kujawa, PhD, the Sheldon and Dorothea Buckler Chair in Otolaryngology–Head and Neck Surgery at Mass Eye and Ear and Professor of Otolaryngology–Head and Neck Surgery at Harvard Medical School, uncovered the basis of this discrepancy in 2009 when their seminal study showed that noise exposure and aging first damage the synapses, which connect the hair cells to auditory nerve fibers and ultimately carry neural signals to the brain. This hearing damage is now known as cochlear synaptopathy. Since audiograms measure hair cell function, this synaptic loss is typically undocumented, inspiring the popular term “hidden hearing loss.”

Dr. Liberman’s research has also shown that it is possible to successfully reestablish the connections between hair cells and auditory nerve fibers in animal models by administering therapeutics called neurotrophins. This work has led biotechnology companies to develop new therapies for treating hearing loss in people.

Dr. Liberman earned a PhD in physiology from Harvard University in 1976 before joining Mass Eye and Ear as a research associate. He was appointed director of the Eaton-Peabody Laboratories in 1996, helping to foster immense growth and an endowment which has grown to $12 million for hearing research. Dr. Liberman also served as vice chair of basic research for the Department of Otolaryngology–Head and Neck Surgery from 2011-2022. He is a past president of the Association for Research in Otolaryngology.

Dr. Liberman has authored more than 200 peer-reviewed articles throughout his career. He and his colleagues continue to study hidden hearing loss and other hearing conditions, like tinnitus, in hopes of developing more sensitive tests and new treatments. Future research led by Dr. Liberman will be split between a collaborative National Institutes of Health (NIH) P50 grant on hidden hearing loss and an individual NIH R01 grant on the mechanisms and potential treatments of noise-induced hearing loss in animal models.

About Mass Eye and Ear

Massachusetts Eye and Ear, founded in 1824, is an international center for treatment and research and a teaching hospital of Harvard Medical School. A member of Mass General Brigham, Mass Eye and Ear specializes in ophthalmology (eye care) and otolaryngology–head and neck surgery (ear, nose and throat care). Mass Eye and Ear clinicians provide care ranging from the routine to the very complex. Also home to the world’s largest community of hearing and vision researchers, Mass Eye and Ear scientists are driven by a mission to discover the basic biology underlying conditions affecting the eyes, ears, nose, throat, head and neck and to develop new treatments and cures. In the 2022–2023 “Best Hospitals Survey,” U.S. News & World Report ranked Mass Eye and Ear #4 in the nation for eye care and #4 for ear, nose and throat care.