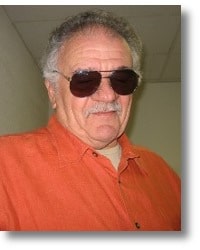 Last June, I discussed a federal district (i.e., trial) court decision in the case of Argenyi v. Creighton University, 2011 WL 4431177 (D. Neb. 2011) (not reported elsewhere). The court granted summary judgment to Creighton, the defendant, finding, in effect, that no further discovery, and certainly not a trial, was necessary because the plaintiff, a severely hearing-impaired medical student, could not prevail on the law.

The student appealed to the Eighth Circuit Court of Appeals and on July 19 that court held:

“We conclude that the evidence produced in this case created a genuine issue of material fact as to whether Creighton denied Argenyi an equal opportunity to gain the same benefit from medical school as his non-disabled peers by refusing to provide his requested accommodations. At this stage the record supports Argenyi’s claim that he was unable to follow lectures and classroom dialogue or successfully communicate with clinical patients.

“From such evidence a reasonable factfinder could determine that Argenyi was denied an opportunity to benefit from medical school equal to that of his non-disabled classmates. The district court’s grant of summary judgment to Creighton should therefore be reversed and the case remanded.”

Argenyi, who wears a cochlear implant, applied to Creighton University as hearing impaired. While Creighton did try to accommodate the student, Argenyi insisted that what it provided to him was not an adequate accommodation for his disability. He said that he was disadvantaged vis a vis other students and that Creighton’s alleged failure to accommodate him caused him significant stress, all of which violated both the Americans with Disabilities Act (ADA) and Section 504 of the Rehabilitation Act.

Argenyi told the dean that he needed access to visual cues for everyday communication and education. Visual cues include closed captioning on videos and films, real-time captioning for lectures and discussions, and speech reading cues for one-on-one interactions.

The dean offered only enhanced note-taking services, leaving Argenyi with an FM system that when used in background noise gave him only 38% speech perception.

Argenyi then borrowed money to pay for the assistance he needed. This included his own interpreter and transcription service, on which he spent more than $100,000 over two years, according to an article in the August 20 New York Times. Argenyi told the Times that “the breaking point came during his clinical work in his second year when Creighton refused to allow him to use an interpreter, even if he paid for it himself.”  In his suit, Argenyi is seeking the amount borrowed plus damages and attorney fees.

The crucial issue in the case is whether or not Creighton discriminated against the plaintiff. In effect, the present ruling by the Court of Appeals finds that there is sufficient evidence to support a finding of discrimination when the case is returned for trial.

In its ruling, the district court may have equated “necessary” in the ADA context as the equivalent of “effectively excluded” from a place of public accommodation. In fact, necessary means what it takes to provide a person with hearing loss equal opportunity to obtain “a like” or “equal” (but not necessarily identical) benefit as others similarly situated.

Practically speaking, Creighton should review its medical education program from classroom to rounds to patient contacts and determine what it takes for a student like Argenyi to have an experience like or equal to those of his hearing-enabled classmates. But even before the university does that, a settlement with this young man is in order.

Fred Cohen, LLB, LLM, a frequent contributor to this blog, is a graduate of Yale Law School. He has been a full professor at a number of leading law schools and was a founder of the Graduate School of Criminal Justice at the State University of New York at Albany.