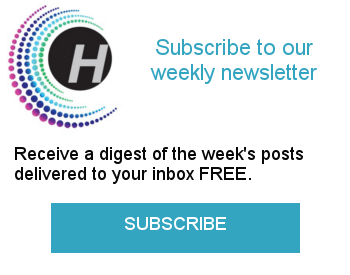 This post, the first of a three-part series, provides a broad overview of the topic. The second installment will review the major research findings linking low-frequency noise and infrasound from industrial wind turbines with effects on health and quality of life. Part three will discuss the relationship between various health effects and the processing of infrasound by the ear and brain.

*Interested readers may wish to refer to the article, “Wind-Turbine Noise: What Audiologists Should Know,” published in the July-August 2010 issue of Audiology Today, as a backdrop for this series.*

Cary Shineldecker was skeptical about the wind project the Mason County, Michigan, planning commission was considering for approval. His home, two miles from Lake Michigan, was located in an area where nighttime noise levels were around 25 dBA, with only occasional traffic and seasonal farmland noises. The rolling hills, woodlots, orchards, fields, and meadows surrounding his property contributed to its peaceful country setting. He voiced his skepticism about the wind turbines repeatedly in community meetings held before Consumers Energy was finally granted approval to construct 56 476-foot turbines, one that would be 1,139 feet from his property line, six within 3,000 feet, and 26 close enough to be visible from his property.

An industrial-scale wind turbine during installation near the Shineldecker home in Mason County, Michigan.

Gradually, as sleep disturbance turned into sleep deprivation, they felt their home was being transformed from a sanctuary to a prison. Deciding to sell their home of 20 years, they put it on the market in March 2011, and it has remained unsold for 3-1/2 years. For the past year and a half, their nightly ritual has been taking sleeping medications and retreating into their basement to try to sleep on a corner mattress.

The Shineldeckers received few offers to buy their home, and recently accepted an offer that would mean a substantial financial loss. They are scheduled to go to trial against Consumers Energy, and if their case goes to settlement without a trial, they will likely be forced into a confidentiality agreement about their case.

Similar complaints of adverse health effects (AHEs) associated with living near utility-scale wind turbines have become commonplace in the U.S. and other developed countries. Energy companies in the U.S., motivated by lucrative tax subsidies available for developing wind resources as a form of green energy, are pushing aggressively to install more wind turbines, typically locating them near residential properties. Many rural residents now have one or more industrial machines that stand over 40 stories tall on the property alongside their home. Complaints about noise from people living within the footprint of wind energy projects are very similar to those experienced by the Shineldeckers.

Those who have never visited a wind project or who visit one only during the daytime often leave believing that the complaints of noise are unfounded, and commonly assume them to be psychologically motivated or a form of NIMBYism (Not In My Back Yard). Those living near wind turbines say that unless one is willing to spend several nights in the area they have not experienced the noise that causes the complaints.

Tax incentives in the US/Europe are making wind turbines a common sight across the rural landscape. Courtesy the Sunday Times.

Prior to the installation of the wind turbines, these rural communities were typically very quiet at night, with background sound levels ranging between 20 and 25 dBA. After the turbines began operation, the noise levels jumped to 40 or even 50 dBA, and sometimes higher. It is common for wind turbines to be barely audible during the day, yet be the dominant noise source at night.

Environmental sounds are quieter in the evening, lowering the background sound levels, and wind speeds tend to be higher at blade height during nighttime hours, which increases sound emissions. Further, nighttime weather conditions enhance sound propagation. The result is that at night wind turbines can be a significantly more noticeable noise source than during the daytime.

Commercial wind turbine blades produce aerodynamic noise in both the inaudible and audible range, collectively referred to as infrasound and low-frequency noise (ILFN). Although some of the audible noise is above 200 Hz, much of it falls into the low-frequency region around 0-100 Hz. Infrasound, generally considered to be inaudible, encompasses sound energy in the range from 0-20 Hz. It is measureable with either an infrasonic microphone or a microbarometer. The frequency and amplitude of wind turbine noise depend mainly on the blade-rotation speed. Measurements show increased acoustic energy with decreasing frequency, reaching a maximum at frequencies under 1 Hz.

Promoters of wind energy frame it in agricultural terms that portray it as harvesting the wind. This framing leads to the belief that wind farms are a natural fit with agricultural land use.

Do wind turbines make about as much sense on intermixed agricultural/residential land as a nuclear reactor?

From this viewpoint, farmers should also be allowed to use their land to harvest the energy of the atom by hosting a small nuclear plant. Hosting a utility-scale wind turbine is not farming; it is operation of a commercial utility. The installation of utility-scale, energy-conversion machines requires strict zoning and regulation, as one would expect for a zoned industrial region. These machines are in no way similar to traditional agricultural equipment. Thus we consider the term industrial to be an accurate description of utility-scale wind turbines.

Wind turbines are often sited in regions where agricultural land use is intermixed with residential land use. A single wind energy utility typically consists of 40 to 60 wind turbines. Forty-five 2-MWatt turbines cover about 36 square miles of land. This requires only 10 to 20 farmers to sign leases for hosting one or more of the turbines, but may put several hundred non-participating farms and residential homes within the risk zone for noise disturbance.

While a few farmers or landowners in the host community benefit financially, many others—often at ratios of 20 to 1 or higher—find that the peace and quiet of evenings and nights that attracted them to the rural community is replaced with the unwanted consequences of audible sounds and inaudible infrasound.

In the final two installments of this three-part series, our goal is to explain the bases for a variety of health complaints that are being associated with the current practice of locating industrial-scale wind turbines as close as 1,200 to 1,500 feet from homes. In areas with a relatively long history of industrial wind turbines (IWTs), a distance of at least 1-1/4 miles (2 kilometers)—and more in areas with hilly terrain—is now considered necessary to avoid negative impacts on health.

Jerry Punch is an audiologist and professor emeritus at Michigan State University in the Department of Communicative Sciences and Disorders. Since his retirement in 2011, he has become actively involved as a private audiological consultant in areas related to his long-standing interest in community noise.

Richard James is an acoustical consultant with over 40 years of experience in industrial noise measurement and control. He served as an adjunct instructor in Michigan State University’s Department of Communicative Sciences and Disorders from 1985-2013 and currently serves as an adjunct professor in Central Michigan University’s Department of Communication Disorders.