AAA’s Code of Ethics: Who is obligated to adhere to it? 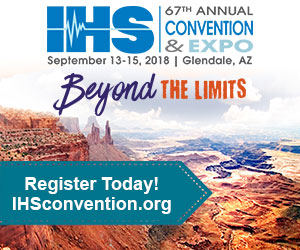 Dr. Metz is a frequent contributor on the subject of professional ethics.  He published this post in July of 2011. Like so many Hearing Views, his view then retains its relevance in the turbulence of 2017.

In an Internet session, I commented that all audiologists have an obligation to adhere to a code of ethics, be it that of the American Speech-Language-Hearing Association (ASHA) or of the American Academy of Audiology (AAA). They are essentially the same.  You could also ascribe to the Academy of Doctors of Audiology’s code.  But, as an audiologist, you have to pick one.

A few comments from participants followed, and so I thought I should add a few of my own. My statements here do not represent the position of any audiology organization, although, in my mind, they should. Quite possibly, many attorneys and state licensure boards, to say nothing of the consumers whom  audiologists serve, would agree.

Indeed, any audiologist who joins the academy is required to attest by signature that he or she will abide by its code. Failure to meet ethical obligations may result in review by the Ethical Committee, notification to cease certain behaviors, and even censure or expulsion from the academy. AAA takes ethics seriously, as I can personally attest.

I was appointed to the academy’s Ethical Board, now known as the Ethical Committee. The topic of ethical behavior and who was obligated to adhere to the code was discussed a couple of times while I served two terms on the committee about a decade ago. It was determined that neither the Ethical Committee nor the Academy could discipline anyone who did not belong to the academy.  I guess the thinking was that you can’t kick someone out of an organization who isn’t a member.

My problem with this is that the academy seems to think that it has no sway over a non-member audiologist who violates its code. In fact, there is ample precedent for non-member compliance with a professional code of ethics in other fields, including medicine. Just because a physician does not belong to the American Medical Association (AMA), he or she is not exempt from the usual practice positions put forth in the AMA Code of Ethics. Nor are dentists, attorneys, or anyone else serving the public in a professional manner exempt from being required to function in an ethical (professional) manner simply because they don’t pay dues or belong to their respective, elective, non-compulsory, professional organization.

PROFESSIONAL OBLIGATIONS APPLY TO ALL WHO PRACTICE

Belonging to a professional organization is not the critical factor in these considerations. Practicing as a professional is the only salient factor. Most professional associations seem to agree with that position. Professionals who serve the public, be they physicians, members of other health professions, attorneys, or elected officials, are bound by the ethical principles of their professions, irrespective of their membership in any elective organization.

Brian Liang, LLD, MD, PhD, is an expert on ethical issues in healthcare practice, who has spoken several times to audiology organizations. I know that he agrees with me on this stance, as we have discussed it on several occasions.

In a recent note to me, he put it very simply: “…all professionals have a duty to conform to ethical standards. Indeed, that is what defines professionals—that we regulate ourselves and act to the benefit of society. That’s the social contract. Regardless of what organization one belongs to, there is an established set of ethical norms and standards—[rules] that are integrated into our standards of care. So, we must focus on an ethical standard, and that is generally established by the main professional organization.”

I suspect that any professional association faced with unethical behavior by a practitioner of its profession would be able to bring considerable pressure on that person–even if he or she was not a member. For example, it could report the unethical behavior to a state licensure board. Typically, licensure boards require that licensees maintain ethical standards appropriate to their profession. Violation of professional ethics can be, in many states, grounds for losing one’s license to practice.

However, licensing boards have neither the power nor the responsibility to define ethical behavior for a particular profession. Instead, the state must turn to an authority for input regarding ethical issues.

Whom do they turn to? Usually, to the national academies, since they are the only representative organizations that can and do establish ethical standards for their profession.

So, in the final analysis, an audiologist (or physician, dentist, and so on) must adhere to his or her profession’s ethical standard–regardless of whether or not the person belongs to the national association for that profession.

Mike Metz, PhD, has been a practicing audiologist for over 45 years, having taught in several university settings and, in partnership with Bob Sandlin, providing continuing education for audiology and dispensing in California for over 3 decades. Mike owned and operated a private practice in Southern California for over 30 years. He has been professionally active in such areas as electric response testing, hearing conservation, hearing aid dispensing, and legal/ethical issues. He continues to practice in a limited manner in Irvine, California.