Navigating the Road Ahead, Part 1 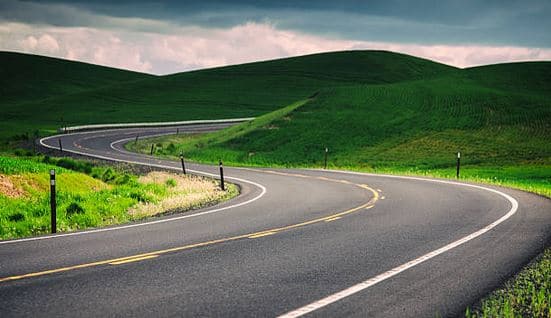 Editor’s Note: There is a common aphorism among Silicon Valley technophiles that they need to move fast and break things. For years, this has long been Facebook’s mantra, and it’s a refrain that embodies the disruptors of our era; those willing to take big risks with their technological innovations and let the chips fall where they may – be it sacrifices to personal privacy or democratic institutions.

If logic holds, on the opposite end of this continuum, arguably where you are likely to find many hearing healthcare stakeholders, are those who want to move slowly and maintain the status quo. It is a reasonable position if you’re making money and staying busy. And, there are a few reasons for maintaining the current state of affairs, especially given some of the unintended consequences of unmitigated technological disruption recently exposed at Twitter and Facebook.

Somewhere in the middle, however, exist forward thinkers like our first two guest bloggers, Terry Mactaggart and Errol Davis. Each has been involved with innovation in hearing healthcare technology since the 1980s. Both approach the challenge of technological disruption with a clear-eyed respect for the problems associated with it: The unmet need of individuals with untreated hearing loss, the risk of a missed medically complicated condition, and the opportunity emerging technology holds for hearing care professionals and consumers alike. In their upcoming series, Navigating the Road Ahead, they will explore some of the challenges facing the industry and how these challenges can be construed as once-in-a-career opportunities to do things better.

by Terry Mactaggart and Errol Davis

Four years ago we wrote an article describing changes that were beginning to occur in the hearing business and speculating about what the implications might be (“Enable the Tribe and Speed the Journey Amid Turbulent Change” – Audiology Practices, Winter edition 2013). The gist of it was that a combination of new technologies, major demographic trends and emerging consumer attitudes towards their well-being was creating a new ball game for hearing health professionals. Disruption should be anticipated given the magnitude of the opportunity perceived by many outsiders to be available (i.e. by tapping into the millions of people with hearing loss not being served) and the access that certain new players could gain to a wide swath of the public.  Expect, we argued, a greater selection of listening devices offered at lower price points and available through additional channels – medical and pharmacy being the leading candidates. And count on the Internet and the mobile revolution to become the major force for marketing and fulfilment.

While still at an early development stage, this type of future is indeed emerging, making the questions raised in the article particularly relevant. We then asked [with some subtext now added] …

How should hearing issues be framed and communicated to appeal to a much larger audience?

[Should new messaging be “hard” or “soft”? With less or more “white coat” content?  Or much greater emphasis on early intervention → prevention? Is it better to lessen the scare factor/urgency (e.g. of dementia) by suggesting “It’s simply good applied consumer electronics”? Or alternatively, heighten health concerns about ignoring hearing loss? etc…]

What value proposition should the industry adopt to provide extraordinary value?

[Should increased emphasis be placed on consumer education and leverage off it? On adopting a life coaching focus more than transactions? What about unbundling services to drive much lower pricing? Or featuring hearing as a gateway to understanding and improving general wellness? etc…]

How should hearing health providers flow with (and benefit from) rather than fight (or push aside) inevitable change?

[Should a typical governing strategy be to increase reach dramatically or retrench to focus most on complex cases? Or widen offerings to provide more services and devices – a supermarket for hearing? Or affiliate with a new market leader(s) as hearing coaches? Perhaps strengthen consortia to provide and defend integrated hearing care networks? etc…].

These are the kind of issues that we aim to address in a series of posts during the next few months. Perspectives on systemic change will be offered – there is much to learn from other industries that have been disrupted, not just about how to survive but also to be OK and, ideally, thrive. Some recommendations will be drawn from years of clinical experience suggesting how audiological practice can be better understood and made more efficient – measures need to be taken to reach and service many more people.  Others will reflect the know-how we have gained in providing tools and processes to reach thousands of additional clients through effective partnering with trusted sources – there is more to this than simply relationship-building with another health professional. A third focus will drill down on the direct-to-consumer movement and how it might be harnessed to advantage – this we are confident is the current elephant in the room.

We intend to be strategic in outlook, as we believe that the changes underway are likely profound and that tweaks alone to the existing business model will be inadequate. If not a tsunami, we should expect higher tides to become normal.

The evidence is wide ranging and surfaces frequently. Take as a recent example the lead piece appearing in the February 3rd edition of the Economist magazine titled Dr. You – the digital revolution in healthcare. “The internet enables patients to seek online consultations when and where it suits them. You can take over-the-counter tests to analyze your blood, sequence your genome and check on bacteria in your gut. Yet radical change demands a shift in emphasis from providers to patients and from doctors to data. This shift is happening. Technologies such as the smartphone allow people to monitor their own health.”

How widely the industry appreciates this predicament remains a question. There is little doubt that general awareness of change is growing particularly since publication of the National Academy of Science Engineering & Medicine’s report and the subsequent approval by Congress last year of the OTC Hearing Aid Act.

The commentary we read leans towards recognizing the inevitability of a more difficult operating environment usually with many “subject to’s” added that stress the importance of a continuing role for conventional audiology. Some still oppose or at least are very guarded, stressing that audiology must remain central to serve as gatekeeper. Infrequently there is some consideration of the power dynamics at play – on one side, millions of people that would benefit from, indeed need, treatment whom have been ignored to date, reduction of technological and regulatory barriers to consumer healthcare and the relative weakness of the audiological community as a special interest; on the other, to the expertise and market power of several large consumer-facing technology companies which have prioritized healthcare (including those which are also patent leaders in the hearing space) and regularly access hundreds of millions of subscribers.

Our hope, therefore, is that this series to come will assist in better understanding the significant changes afoot and how the industry could adapt to them successfully.

Terry Mactaggart is the President and CEO of Ultimate Kiosk Inc, an AI software company with proprietary technologies aimed at capitalizing on opportunities in international hearing health. He has substantial experience with private venture creation, financing and growth as an investor, consultant, director, chairman and president of a number of companies – both privately owned and publicly traded – as well as of a private equity fund. A broad international perspective has been gained from these activities as well as from his leadership of The Niagara Institute and his time with the World Bank. Terry has a BA (Political Science and Economics) from the University of Toronto and an MBA from Stanford University.

Errol Davis is a director, Chief Audiologist and Data Scientist at Ultimate Kiosk. In addition to maintaining a private clinical practice with several ENT’s for over 30 years and consulting for a wide range of prominent public and private clients, he has taught at the medical school at the University of Toronto and served as the chief audiologist at the Toronto General Hospital, Canadian Hearing Society and Gulf Canada. He was the first to apply artificial intelligence in the form of polynomials and confidence coefficients for the classification of hearing using advanced computer technologies. Errol holds degrees in Audiology and Speech-Language Pathology from Western Michigan University and Michigan State University.