Navigating the Road Ahead, Part 3: What is a Mild or Moderate hearing problem? 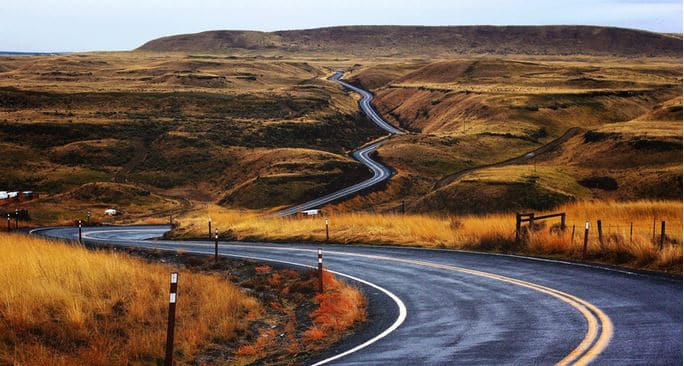 In Part 3 below, the authors take their forward-thinking views on hearing healthcare, which they shared with readers in Part 1 & Part 2, and apply them to the clinical realm.

by Terry Mactaggart and Errol Davis

While many will applaud the coming regulatory changes permitting the sale of OTC hearing devices, we need to consider more carefully possible negative impacts on consumers. Using a simplified approach to what is a mild or moderate loss bears some critical thinking. A basic question asks how such a loss should be defined as well as identified? Answering that, in fact, is quite a bit more complicated than is often realized. And complexity increases depending on who is asking the question and why is it being put.

Over the years the tendency has been to simplify the answer by basing it only on the level of hearing. That fits with a widely held misconception about the complex nature of hearing issues. Most judge their hearing as a function of loudness. The assumption is “make the sound louder and I will be normal”. That’s effective as a driver of retail sales but falls well short of an acceptable standard for dealing with an individual’s complex hearing and communication problems.

Audiologists know a proper assessment involves understanding the relationship of both the pattern and level of person’s hearing.  They recognize that using level only is misleading and will tend to perpetuate late stage diagnosis of hearing problems. Conventional wisdom suggesting that hearing loss is usually anticipated during one’s senior years often leads to a delay in seeking help to when it’s costlier to treat and more difficult to rehabilitate.

Using only the level or range of a person’s hearing as the criterion will in the final analysis likely result in 75-80% of the test results seen in the general population falling into “Mild” or “Moderate” categories. We know that from the extensive data sets of interpreted pure tone results we have accumulated. Hearing level addresses only one aspect of a person’s hearing and communication ability. Significant pattern shifts within the normal range can be seen throughout one’s life often beginning at birth. That is why testing should be started early and done often.

Classifying hearing loss based only dB level can lead to the assumption that the hearing change is inevitably permanent and cannot be stabilized or reversed. This is simply not true. A significant number of changes are caused by blocked ear canals, pressure changes in the middle ear within the normal range in addition to those associated with mild and moderate changes.  There are also temporary threshold changes caused by noise, medications, balance problems, cardiovascular and diabetic factors which appear to be permanent – the list keeps growing.

The assumption that a Mild or Moderate hearing change is permanent and needs a hearing device is not at all accurate. Pure tone test results illustrate one’s hearing function only at a specific point in time.  Even considering results within the normal range as Normal without taking account of pattern is not an accurate assessment and will lead to both false positives and false negatives. A Normal hearing level classification does not mean a normal communication ability, an absence of blockage or pathology of the outer, middle or even the inner ear or that central processing is normal. Even adding speech testing cannot always rule out a cognitive issue related to communication.  Audiologists are aware that life threatening pathologies of the middle ear can be present even if the results from a basic battery of audiological tests indicate normality for level and pattern.

Using dB thresholds as the only criterion for Mild or Moderate will also result in a significant number of false positive cases for hearing devices.  It will confuse the need for addressing a problem that is treatable or reversible or complex. By defaulting to a hearing device, it ignores the desirability of auditory rehabilitation or something as simple as an explanation of why hearing is not restored.

Relying on hearing level without adjusting for pattern disregards a person’s ability to understand speech, especially in noise. Worse yet, there will be a considerable number of false negatives for those having a complex hearing problem needing a medical diagnosis and intervention.

The intricate relationship between the pattern of hearing (Normal, Conductive, Sensorineural, Mixed and Inconsistent) and the level or thresholds (Normal, Mild, Moderate, Severe and Profound) provide the foundation of any hearing assessment. Assuming assessment can be done successfully without starting with an accurate pure tone threshold audiogram that has been interpreted by pattern and level misleads the public. The relationship of the pure tone pattern and level are fundamental for all those providing professional hearing healthcare services regardless of where they are located within the hearing environment.

Put another way, a pure tone threshold audiogram interpreted by a combination of pattern and level is a most critical aspect and should be the starting point and primary goal of any professional hearing assessment. It is the basis of hearing triage. In some complex cases this is not always possible and for these, other types of tests and/or assessments need to be carried out by audiological professionals.

In sum, using only a pure tone threshold audiogram classified only by level results in a gross misrepresentation of how complex the end organ of hearing function is in every day communication. Assessment by a combination of pattern and level is the fundamental building block of hearing healthcare testing. This needs to be recognized in the new regulatory environment.

Terry Mactaggart is the President and CEO of Ultimate Kiosk Inc, an AI software company with proprietary technologies aimed at capitalizing on opportunities in international hearing health. He has substantial experience with private venture creation, financing and growth as an investor, consultant, director, chairman and president of a number of companies – both privately owned and publicly traded – as well as of a private equity fund. A broad international perspective has been gained from these activities as well as from his leadership of The Niagara Institute and his time with the World Bank. Terry has a BA (Political Science and Economics) from the University of Toronto and an MBA from Stanford University.

Errol Davis is a director, Chief Audiologist and Data Scientist at Ultimate Kiosk. In addition to maintaining a private clinical practice with several ENT’s for over 30 years and consulting for a wide range of prominent public and private clients, he has taught at the medical school at the University of Toronto and served as the chief audiologist at the Toronto General Hospital, Canadian Hearing Society and Gulf Canada. He was the first to apply artificial intelligence in the form of polynomials and confidence coefficients for the classification of hearing using advanced computer technologies. Errol holds degrees in Audiology and Speech-Language Pathology from Western Michigan University and Michigan State University.