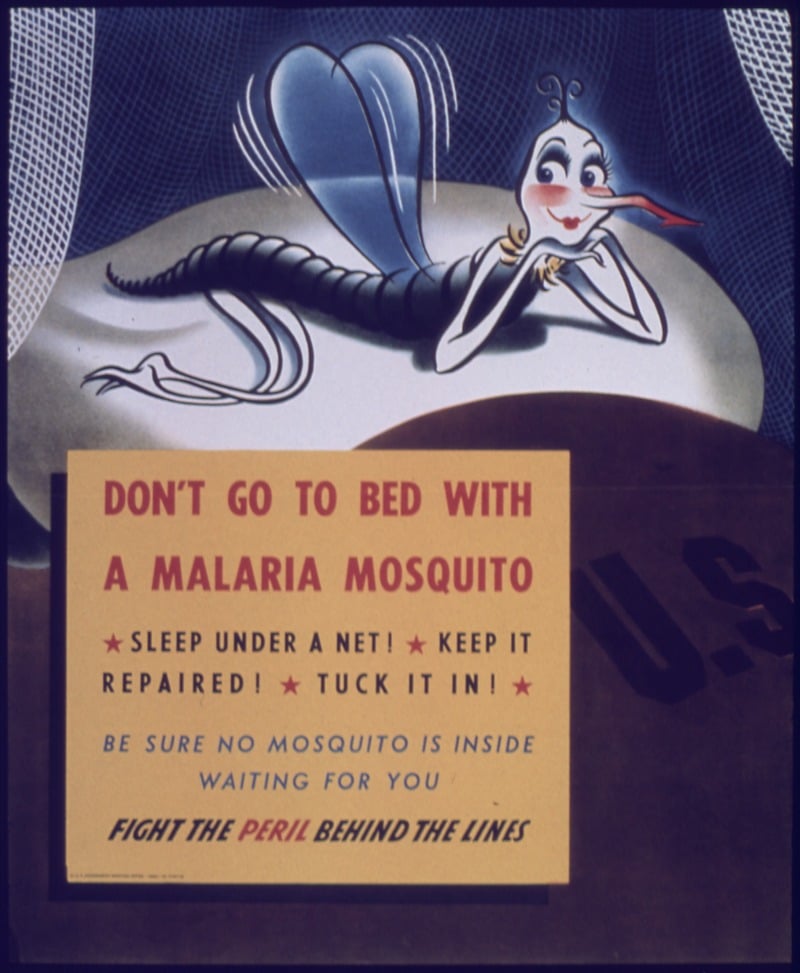 Last series post concluded with a cry of concern:

At some point Audiologists encounter patients with malarial effects; Pediatric Audiologists will encounter infants born to mothers who had malaria and malarial treatments. What are we to do when this happens?

We lack guidance.  Today’s post wraps up the malaria series and concludes with a small, untested, set of suggestions for an audiology testing protocol for such encounters.

Malaria, caused by a mosquito-borne parasite, is endemic in some countries and not going away.  It has been a world scourge for centuries and a great headache to present-day World Health Organization (WHO) efforts.  After reviewing the posts in this series, The first question that comes to mind is “Why did it take so long to come up with a quinine replacement, given the terrible side effects of that drug?”  Here’s the best answer found in research to date:

Traditionally, antimalarial drug research has been stimulated by wars in tropical malarious areas involving economically-powerful temperate-climate powers. Armies fighting in the tropics lose more soldiers to malaria than bullets (Melville, 1911). The Second World War and the conflict in Vietnam brought us most of the drugs available today.

Chloroquine replaced quinine as the treatment of choice in the 1940s, mainly because it has fewer bad side effects.  The World Health Organization (WHO) stopped recommending quinine as a first line treatment in 2006 but it is still used for severe malaria; also in regions where newer drugs’ are either cost prohibitive, unavailable, or losing effectiveness. The drug situation remains stark:

The list [of antimalarial drugs] is small, and the parasite has not been idle: Plasmodium falciparum has now developed resistance to all of our available drugs. The situation is particularly bad in South-East Asia.

Newer drugs also bring new, possibly devastating, side-effects of their own.  Of particular note is a recent book by a writer who lost his identity/memory in devastating fashion after taking the anti-malarial drug Lariam (mefloquine) to stave off malaria while in India.

Scientists have been working on a malaria vaccination since the 1980s and a childhood vaccination has now reached clinical trials.  It requires 3 doses and has an efficacy of 46% in children (27% in infants).  That may seem low, especially considering that the other 3 types of malaria are not covered by the vaccine.  New research using a new mouse model (the first good animal model for this disease), is now under way at MIT and that may help understand the disease and how to stop or prevent it.

However, the vaccine project is a significant step forward considering the huge disease burden of malaria (affects 5% of world’s population) in many parts of the world.  As with chemoprophylactic regimens, vaccination will not be simple or inexpensive — we won’t be able to take a simple shot and hop on a transcontinental flight.  Compliance and availability are likely to remain substantial obstacles to worldwide control of malaria.

The Audiology View — a Proposed Protocol

Malaria is not going away.  It’s going to appear more often as those in “safe” countries travel to endemic countries for pleasure or to fight wars.  Treatment is complex and not without it’s own symptomology.  Developed countries such as the US are recognizing the risks and developing globally collaborative programs.  One such ss the President’s Malaria Initiative, headed up by Rear Adm. R. Timothy Ziemer.

Hearing loss is linked to malaria, possibly directly and certainly through antimalarial treatments.  While it’s thought that most malarious hearing losses and vestibular problems are reversible, that is not always the case.  There are anecdotal reports of some who lose hearing permanently.

Those suffering from malaria are almost certainly not going to make Audiology their first stop, although those in the military may have their hearing tested during/after treatment or to determine service-connected disability.  In all cases, it behooves Audiologists to counsel their patients and their families/friends to get baseline audiometry done prior to travel to endemic countries.

At the time of pre-trip evaluation, Audiologists should ensure that patients:

It seems prudent to advise patients to repeat audiometry upon their return from travel to endemic countries, to verify that hearing is stable.  Should patients manifest malaria symptoms weeks later, serial audiometry is in order during and after treatment.
In addition to delivering best treatment to their patients, Audiologist can contribute to the understanding of the disease and treatment effects on the human auditory system.  The link between hearing loss and malaria/antimalarials is real but the cause(s) remain under-researched and data is needed.
Readers please note that these trial recommendations are HHTMs own, based on investigation of what is known and what is not known about malaria and the auditory system at present.  To our knowledge, there are no audiometric monitoring protocols in place for malaria.
Feature Image courtesy of National Archives and Records Administration