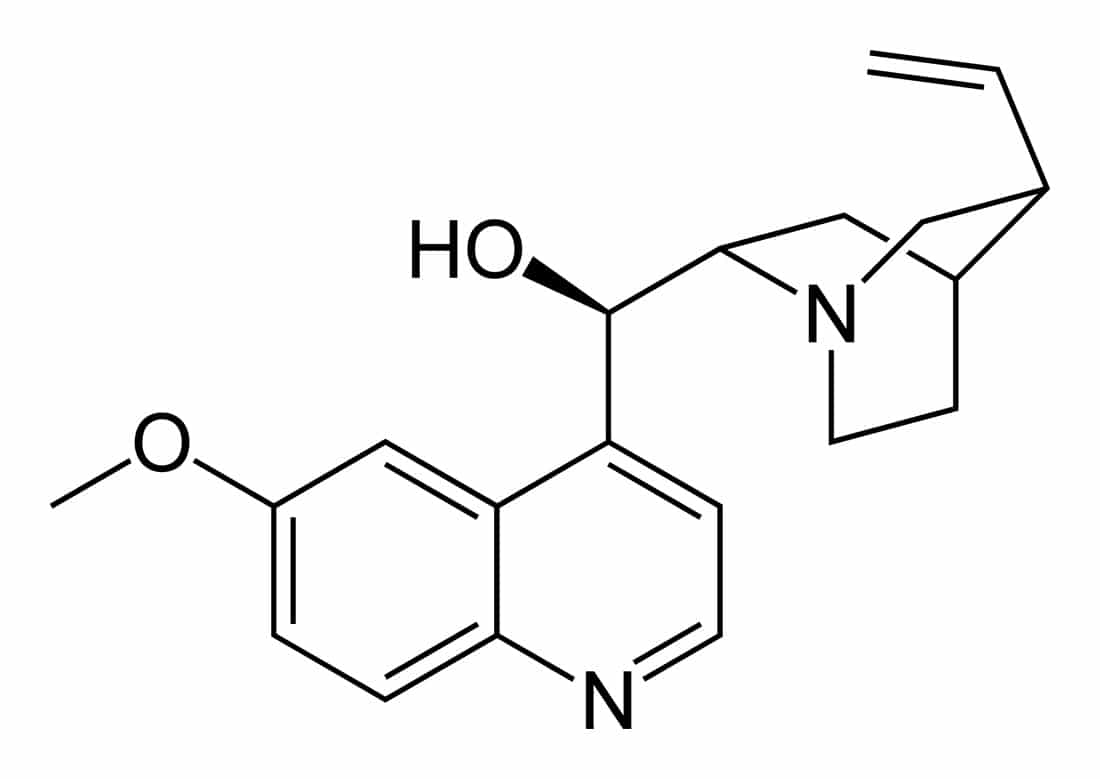 HHTM Readers: drug regimens for prevention and/or treatment of malaria were the topics for the last two series posts, following a post on the disease itself.  The disease is terrible and so are the handful of drugs used to prevent or treat it.  Quinine is the standout – historically, politically, economically, audiologically, and sometimes fatally.  It’s such an interesting drug that this post had to be cut in two.  Here’s Part 1 of the Quinine Story and Part 4 in the Malaria series.

Quick Summary of Malaria and Antimalarials

In addition to the enormous disease burden in endemic countries, malaria is on the rise as world travel to exotic locations increases.  Unlike so many other diseases of the past that were world scourges (e.g., small pox, polio, yellow fever),  there is no simple shot, sugar cube or skin vaccine to ward off the disease.  Preventive drug treatment regimes are recommended, but they all have challenging medication schedules which makes compliance difficult and low. In addition, they all have serious side effects, and varying effectiveness.   The same problems apply when the same drugs or new drugs are used to treat those who contract the disease.  Regular doses of antimalarial drugs can have long-term side effects, including liver and kidney damage and hearing loss which may or may not be reversible. Even though the drugs cure the disease (i.e., eliminate the parasite from your body), immunity is weak and fleeting:  close proximity to the disease (e.g., being born and raised in the endemic country and surviving childhood malaria) confers some immunity. For others, it is more than possible to get malaria multiple times and experience adverse treatment effects each time.

The Audiology Connection:  Despite centuries of devastation wreaked by malaria and antimalarial treatments, there is little understanding of whether malaria itself affects hearing and, if so, how.  Although antimalarial treatments are well documented as “causes” of hearing loss, there is little understanding of how or why the various treatments affect the human auditory/vestibular system.  Perhaps because the disease, left untreated, devastates and kills, there has been little or no attempt to determine whether the ototoxicity is caused by treatment or disease.

No one would undertake to bring into England a medicine coming from the Spanish colonies, sponsored by the Vatican, and known by the abhorrent name of the Jesuits’ powder.  (Oliver Cromwell, Lord Protector of England, 17th century)

This is the granddaddy drug for treating malaria. It’s also the familiar bitter taste we know from tonic water, where it is present in trace amounts. Quinine was first discovered in the 1600s by Jesuit missionaries in Peru who observed the indigenous population’s habit of making tonic water by stripping and brewing bark from chinchona trees, then ingesting the bitter “tea” (they sweetened it)  to reduce shivering in cold weather.  It seems malaria did not exist in the New World at that time.

But malaria was wiping out Europe on a regular basis and quinine’s muscle relaxing characteristic was found to work for shivering  from malarial fevers as well.  It also seemed to cure the disease.  A treatment was born, but not without political intrigue.  Oliver Cromwell considered it a “Popish plot” against the Anglican Church and prohibited its use in England, where is was derisively called “Jesuit’s bark” or “Devil’s dust.” Quinine won out, in good part because some very important people took the cure and survived (Charles II of English, Louis XIV of France) while others skipped the cure and died (Archduke Leopold William of The Netherlands).
Eventually quinine was extracted and isolated from the chichona bark, which enabled treatment delivery via pills or IV. The next series post describes the quinine course of treatment and effects on malaria, hearing and the vestibular system.
Feature Image from Wikipedia