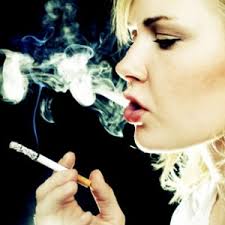 Everybody knows by now that smoking is bad for you, and many also know that “second-hand” smoke may harm those around them.  The following study ups the ante by demonstrating that those who don’t smoke may have their hearing compromised by others smoking in their environments.  The study was done on teenagers, but that doesn’t mean the harm is limited to that group.  Think about your grandkids …. and your spouses.

Smoke and the Stria Vascularis

Hearing loss is associated with exposure to cigarette smoke in children, according to a study completed at New York University. Researchers measured the hearing of 1533 teenagers and measured  the levels of cotinine in their blood samples. Cotinine is a metabolite of nicotine (the word is an anagram of nicotine).  It’s used as a biomarker to measure exposure to second hand smoke:  the level of cotinine in blood correlates with exposure to tobacco smoke.

Based on cotinine levels, the study found 799 teenagers who were exposed to second hand smoke, and  754 teenagers who were in smoke-free environments.  Between those two groups, they found that low frequency sensorineural hearing loss occurred as much as 17% of the time in the high cotinine group.

The reason that tobacco smoke may cause hearing loss is not fully understood, but the article suggests that the path of destruction may be lie within the tiniest blood vessels of the body, which are found in abundance in our inner ears , especially in a structure called the stria vascularis that is essential for maintain hearing acuity.  Blood flow through such vessels is known to be reduced by tobacco.

Most are Not Aware

The take home here is that everyone should have a baseline audiogram to ensure that their hearing is not compromised.  Thereafter, it is wise to do comparison testing every few years — depending on baseline results — to ensure that if changes occur in hearing, they are detected and addressed appropriately.