Tinnitus Primer for Consumers: And All This Time You Thought It Was In Your Ears! 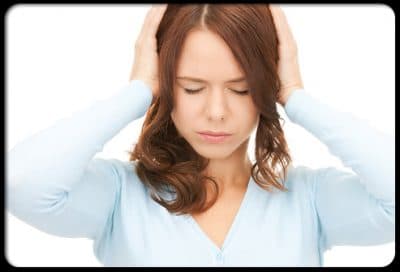 In recent years, research from animal models and now human modeling has suggested a brain locus for tinnitus, rather than the ear-level origin assumed previously.

Research into tinnitus has become much more sophisticated of late, and is changing the common understanding of the disorder and providing the first testable model of human tinnitus that could provide some new avenues for therapy. (AAAS Eureka Alert)

Tinnitus, a Common but Confusing Condition

Tinnitus is an odd affliction of the auditory system, not unlike the “phantom pain” that afflicts many who have lost a limb.  People with tinnitus perceive sounds that they variously describe as ringing, buzzing, humming, cicada-like, etc.  But, their perception doesn’t match reality:  the sounds they hear are phantom sounds heard only by them.  The phantom sounds, like phantom pain, are a side effect of bodily damage.  In the case of tinnitus, the ringing/buzzing is an early warning sign that the person has sustained damage to hair cells in the inner ear.  Damaged inner ear hair cells eventually cause hearing loss.

Tinnitus is the most common disorder of the auditory system, affecting upward of 40 million people in the US. The diagnosis of tinnitus is based solely on the patient report, since the physician or audiologist cannot hear the tinnitus, measure it directly, or visualize inner ear hair cells.  Until recently, research into tinnitus has been limited by these factors.   The surge in tinnitus research is driven, in part, by new imaging techniques. But the high incidence of tinnitus complaints in returning veterans with hearing loss caused by exposure to loud explosions is also spurring researchers in other fields such as neurophysiology to look at tinnitus.

Brain imaging studies in humans with tinnitus have been underway for some years at the Laboratory of Integrative Neuroscience and Cognition (LINC) at Georgetown University Medical Center (GUMC).  The reason brain imaging is so important to tinnitus is because those studies are pointing to hyperactivity in the brain’s central auditory system as the primary source of tinnitus.

The researchers suggest that tinnitus works like this:  it starts when hair cells are damaged, which sends a message to the brain’s central auditory pathways that there is a problem; the brain centers reorganize to respond to the damage.  Here’s a paraphrase/quote from the researchers:

Receptors in the auditory parts of the brain aren’t receiving perceive sensory input from the damaged hair cells anymore, so they compensate by firing spontaneously and frequently, which produces the initial tinnitus signals.  The brain fills in sensations in response to a deficit of input. Neighboring frequencies become amplified and expand into the vacated frequency range. It also happens to people with a hole in their retina. They don’t see the hole because the brain fills in what is missing.

This is really interesting stuff, but here’s where it gets REALLY interesting.  In normal auditory brain regions, the researchers have discovered a feedback system that cancels out the unreal sounds of tinnitus by a process known as “inhibition.”  The feedback system is regulated down in the “old brain” in an area called the limbic system, which precedes awareness/consciousness.

The limbic system is central to emotional regulation and there is some suggestion that people who suffer from tinnitus are also more likely to suffer from chronic pain, depression, insomnia, and jaw clenching (Roberts et al., 2010).  Georgetown LINC studies by Leaver et al (2011 & 2016) found that tinnitus-related neural hyperactivity was greatest in limbic structures, especially in the nucleus accumbens , which is involved in cognitive processing and implicated in addictive behaviors. Morever, the hyperactivity was specific to sounds which were matched in frequency to the patients’ own tinnitus.

We definitely know that tinnitus affects people’s quality of life (QOL).  As one of the Georgetown LINC researchers comments:

people with tinnitus may “have an independent, systemic vulnerability in one or more neurotransmitter systems in the limbic region. That could explain why drugs that modulate neurotransmitters like serotonin appear to help some people out….It appears tinnitus is the auditory symptom of an underlying syndrome, which becomes evident in patients who happen to have a hearing loss.” (J.P. Rauschecker,PhD)

“If we can find a way to turn that feedback system back on to eliminate phantom sound, it might be possible one day to take a pill and make tinnitus go away.”