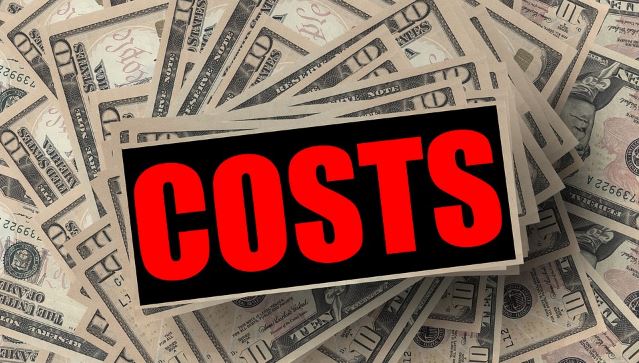 Hearing loss affects one-third of seniors aged between 65 and 74 years of age. This figure rises to 50% of seniors over the age of 75, according to statistics from A Place For Mom.

Hearing loss typically occurs as either sensorineural hearing loss or conductive hearing loss. Regardless of which type a senior has, it’s important that they have regular health checks on their ears and source appropriate treatment for their hearing loss to prevent the condition from worsening. However, one of the biggest issues that seniors with hearing loss face is the cost of ear care, especially when they don’t have medical insurance to fall back on.

Of all the uninsured individuals in America, 15.4% of them are over the age of 65, according to the U.S Census. The leading reason why so many seniors don’t have health insurance is due to the cost. CNN reports that a retired couple will spend $266,600 on health insurance during their later years.

However, even seniors with health insurance don’t necessarily receive coverage from their insurer for hearing loss concerns. A joint survey between the Hearing Health Foundation (HHF) and Hearing Loss Association of America (HLAA) found that 40% receive no help from their insurer for hearing aids or audiological services. Meanwhile, just 13% are fully covered for these forms of treatment. As a result, 80% of people that could benefit from a hearing aid don’t use them and those that do require them, typically wait 8.9 years from the onset of their symptoms before adopting them.

The top two reasons cited by seniors as to why they don’t obtain medical treatment for their hearing loss is cost, followed by not being sure where to go for treatment. However, cost ranked 575% higher than concerns about how to obtain treatment.

The President’s Council of Advisors on Science and Technology (PCAST) reports that the average cost of a hearing aid is $2,300, and many seniors will require a pair of them, so seniors are looking at almost $5,000 to improve their hearing.

As the Pension Rights Center reports that 50% of Americans over the age of 65 have an income of $24,224 per year, the cost of hearing technology is a substantial chunk of their annual income. And this isn’t a one-off cost. The Hearing Health Foundation recommends that seniors with sensorineural hearing loss have annual hearing checks, in addition to having their hearing aids replaced every three to five years.

It’s important to note that there’s no option for seniors to leave their hearing loss untreated, as untreated cases are connected to a number of serious health conditions, including depression and dementia.

A 25-year study found that failing to treat hearing loss, increases the likelihood of a senior developing Alzheimer’s by 21%. Therefore, audiologist, Thomas Behrens, advocates seniors seeking out treatment whenever their hearing starts to decline, stating that “Hearing well not only makes interaction possible but also more enjoyable.”

The 25-Year Trends in the Hearing Health Market study found that 15% of people who obtain third-party financial aid for healthcare relating to their hearing loss use Medicaid. If they qualify for it, Medicaid is one option which seniors can utilize to lower the total price of the hearing technology they require to improve their hearing.

It depends on which state a senior resides in as to how much they’ll qualify for. Some states, such as Wyoming, have a limit of one hearing aid per five years, whereas, in California, the hearing loss must exceed their specified decibel criteria.

Cutting out the middle man

While there are a number of very good reasons to see a hearing professional, not the least of which to rule out a medical issue as the source of a hearing problem, some consumers opt to self-direct their care in order to save money on hearing devices.

According to Consumer Reports, the significant mark-up (perhaps as high as 117%) on some hearing aids makes them unaffordable to many seniors. Direct-to-consumer companies such as Audicus, for example, aim to cut the additional expense by selling directly to consumers. CEO Patrick Freuler states that, due to the company doing everything in-house, “What would normally cost you $8,000 a pair at a local clinic costs only $1,598 a pair at Audicus.”

Consumers will also soon be able to purchase Over-The-Counter (OTC) hearing aids, beginning in 2020, when the FDA is expected to complete the rulemaking process for the creation of the new category of hearing devices.

More than 2.7 million veterans receive disability compensation for hearing loss or tinnitus, according to the U.S. Department of Veteran Affairs (VA). The CDC reports that veterans are 30% more likely to develop hearing loss than non-veterans, while veterans who served post-September 2001 have four times greater chance of experiencing hearing loss.

During their time in service, veterans will have seen and heard the most unthinkable of things. And it can be difficult for them to leave these situations in their past when they are constantly reminded in the form of their hearing impairment. Tinnitus can result in constant buzzing and ringing while hearing loss can make it difficult for a senior to rebuild and maintain relationships.

However, the stigma of wearing a hearing aid can put some veterans, such as Navy veteran, Ronald Brumfield, off. He waited 20 years for the VA to issue him his hearing aids following a ruptured eardrum. Brumfield was initially “in denial”, but he’s now been wearing them for 10 years and can’t praise them highly enough. Audiologist, Brooke Puckett, backs the theory that stigma is an issue among veterans, but says that the technology used by hearing aid manufacturers means they’re powerful, small devices, which are almost unidentifiable.

As such, senior veterans should ensure they utilize the VA’s hearing loss health care services which provide free or low-cost treatment, including, in some cases, hearing aids.

Millions of seniors are battling with hearing loss. And many can’t afford to obtain the treatment and technology that they require to benefit their hearing. On the plus side, there are programs and services available for seniors of all backgrounds that can cut both the initial price and the long-term medical treatment that they require, to prevent bigger and more complex health issues occurring.

Dave Pegg is a freelance writer and researcher, specializing in the healthcare sector. He first came into contact with HHTM when he finally became tired of shouting at his father to make himself heard. When he is not writing, Dave enjoys exploring the great outdoors with his two Labradors, Bernie and Vinnie.