The Genetics of Hearing Impairment 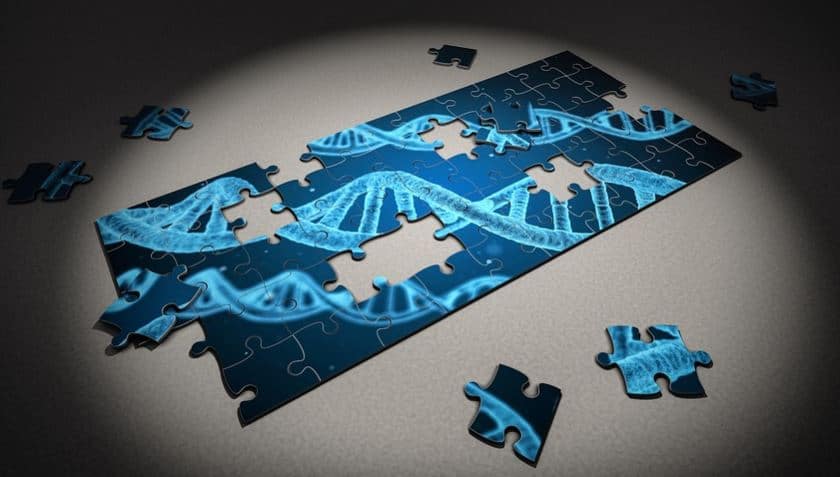 Generally, the younger the person is with a hearing impairment, the more likely it was down to genetic factors, disease or physical abnormality. Genes can cause hearing loss in many different ways.

Even if one’s hearing loss is down to old age though – genetic factors are still at play here. Certain genes can leave us more predisposed (more likely) to losing their hearing from age, drugs, infections and even induced by noise. Unfortunately, we are not all living on a level playing ground, even when it comes to factors of our environment. The way our bodies can deal with the environment is different for everyone.

Between 35% and 55% of age-related hearing loss is estimated to be down to genetic factor. Here are some different hearing impairment conditions that have considerable genetic factors:

Gene mutations can also cause hereditary conditions that are not hearing-related, but could be combined with inner ear deformation, which can cause deafness later in life.

Would knowing you carry a gene relating to hearing problems impact your life?

Inheriting a mutated gene, or genes that will leave you at risk of future hearing problems can be scary. It isn’t as simple as looking to your parents to see if they have hearing impairments either. Parents can often be carriers of genes without them being active, or perhaps the gene is dormant. This means it is possible to inherit your great grandfather’s hearing impairment without realizing it – or simply just have a genetic makeup that leaves you exposed to a rare condition.

Whilst it is scary to think about, knowing for sure your situation is the best way forward. It may seem like it is knowing your fate without any control over it, but this isn’t the case. Firstly, just because you have a genetic predisposition, it doesn’t mean that a condition is imminent, it may never actualize.

Most importantly though, understanding the risks can mean you can take active precautions. For example, hearing loss induced from noise has genetic factors. Understanding this, maybe it will help you make better decisions around your career or hobbies, in order to avoid extremely loud noises.

Secondly, it also means you can be on the lookout for symptoms, so you can act on them fast.

For example, many hearing impairments can grow so slowly that it takes far too long to realize you have a problem. Often, some treatment or technological aids could have been utilized at a much earlier date, because people are not aware that they are exposed to such problems – it didn’t cross most of our minds in a serious way. In fact, a family member losing their hearing a little may often even be turned into a bit of a joke, as if it is trivial and a part of life. If they knew they were genetically predisposed, they might take it more seriously and take precautions – realizing that it may get severely worse over time.

There is also a surge of experiments relating to gene therapy, and stem cell therapy. Progression in these two fields could be a world-changing discovery for vast amount of different genetic conditions. Whether the treatment is there, or still has a long way to go, understanding your genetic predispositions is becoming more and more vital.

As with most scientific and technological breakthroughs, they start off in the lab, they make it to the news, and then they become accessible to the public. As the market finds itself with competition, suddenly there is a fight to make the best product at the cheapest price. DNA home testing is no different.

Over the past few years, home DNA test kits have become increasingly popular – and effective. There are a multitude of industry leading test kits that can test your ancestry, ethnicity, family tree, and arguably most important of all – your DNA health.

It is now possible to understand your genetic makeup to see if you have a predisposition for hearing loss, and other conditions for a few hundred bucks or less, and a waiting time of a couple of months. Some tests, usually the more specific ones such as anxiety predisposition, can actually return results in a couple of weeks.

The implications of DNA test kits is huge. People are often afraid to go to the doctor, or perhaps do not want to waste their time with speculation. In fact, most of the DNA findings are not available at your local GP, anyway. Such genetic information has enriched the lives of those living with conditions that they did not know they had, or did not know they were likely to get. Such information allows us to take the action necessary – to use our environment – to help offset our genetic disadvantages in the best way possible.

Jeff Santuno is a biology and genetics enthusiast who is a firm believer in the impact of heredity to a far greater extent than environment on people’s life. He has been researching this topic for 11 years now and plans on continuing to do so. Other than that he owns a jet ski which he enjoys using every Sunday.