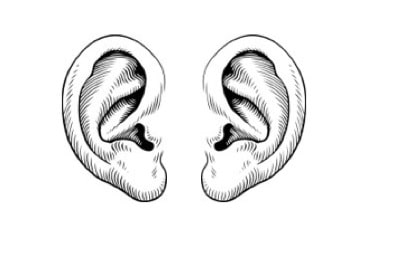 The phenomenon of binaural summation is considered one of the practical advantages of hearing with two ears.

As early as 1929, von Békésy1 and Causse and Chavasse2, found maximum diotic summation from about 3 dB near threshold to approximately 6 dB with sensation levels (SLs) greater than 30 dB. Fletcher and Munson3 found that the maximum could be much higher – about 12 dB at 60 phons loudness. A rule of thumb might be expressed as:

The perception of loudness summation depends not only on the sound intensity, but also on the area size stimulated on the basilar membrane. Two sounds with different intensities and different bandwidth can be perceived as having the same loudness.

But, what about asymmectrical ears? Can they produce loudness summation? It has been demonstrated that binaural summation of speech in noise can occur even when the signal levels at the two ears differ as much as 25-30 dB4.

Certainly, monaural-binaural paradigm comparisons were essential in answering questions as to whether left- and right-ear simultaneous stimulation was summative relative to loudness. Early work cautioned that although the literature left little doubt that binaural summation of loudness existed, substantiation was still experimentally undecided5.

Today, it is recognized that binaural hearing is beneficial to loudness. It is well established that sound presented to both ears is perceived as being louder than the same signal presented to a single ear. This psychophysical effect is termed binaural loudness summation.

The auditory signals from the two ears are received at the cochlea and converted to electrical signals that are then sent to the cochlear nuclei. The nerve signals are combined in the superior olivary complex and then sent higher along the auditory pathway. Eventually, the brain utilizes information at the auditory cortices on both sides to form auditory percepts, of which loudness is one.

It appears that some variability exists depending on whether the signal is speech or tones, and whether presented via earphones or loudspeakers6.

Ward7 produced evidence that binaural summed loudness would produce greater contraction of the middle ear muscles, and, as a result, would provide greater protection from high noise levels. Binaural exposure provided less TTS (temporary threshold shift) than monaural, with the greatest differences at the low frequencies. This would imply that hearing aids identified as “loud” may be more tolerable at slightly higher outputs than often thought.