But That Would Still Be Wrong: Moral and Ethical Decisions in Hearing Healthcare 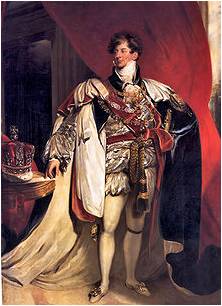 A few weeks ago, Hearing Economics ventured into Ethical territory — not a place Economists like to visit though it’s part of the job.  Nevertheless, we’re back in that quagmire of bad decisions, their effects on practices, and whether they are Moral Temptations or true Ethical Dilemmas.  The latter surface when there is a clash between two or more moral beliefs, referred to as Central Values.  Today’s post suggests that “Big” carries ethical, if not moral, weight in healthcare.

Mayo Clinic agreed last week to pay $1.26mil to the federal government for “knowingly billing Medicare, Medicaid, and other government healthcare programs for nonexistent pathology work.” Mayo Clinic has long been the Gold Standard of American healthcare. It’s a huge organization that covers all specialties.  Should our Gold Standard be tarnished just because it has problems in its billing department?  Don’t we all?

Comment:  We’ve seen banks and companies deemed Too Big to Fail and spared the ax.  Now it seems that some healthcare organizations are Too Big to be Unethical.  I’m just guessing that if I got caught billing government agencies for nonexistent services and hearing aids, the State of Arizona would yank my license and never give it back (they’re like that).  Further, the Government would hit me up with fines that were proportionally huge compared to the measly $1mil+ bill handed to Mayo.  I would be out of business, unable to make a living professionally, and out of funds.  By contrast, it’s business as usual at Mayo except for a one-time dip into petty cash.

Some wit noted that “Corporations are People Too… They’re Just Bigger People.”  You could add to that: “Bigger People Can Assume Bigger Risk.”  I qualified my projected demise in the previous paragraph by saying “if I got caught.”  Small folks have to think long and hard before doing  something immoral like stealing, given the consequences of getting caught.  Not so much for Big Mayo, where the odds were good that they wouldn’t get caught{{4}}[[4]]They were done in by a whistle blower of all things.[[4]] and the penalties for getting caught were small and fleeting.  Mayo took the risk and they’re probably still ahead, especially since they don’t have to acknowledge blame as part of the payment.  This is not an Ethical Dilemma for Mayo.  Not only does this fall in the realm of Moral Temptation, it falls into a special Big People category I’m calling “Calculated Moral Temptation.”

Interestingly, it’s the Economic View that is not clear cut in the Mayo case, where the Economic Cost is much larger than the Accounting Cost of the $1.26-mil penalty.  This is where the Ethical Dilemma lurks.  If I go out of business because I succumb to Moral Temptation, there is no harm to the community, other businesses, or most people with hearing loss. The case is simple.  But, if Mayo takes the wrong Moral path and goes under, the town of Rochester, MN, goes with it.  An entire town loses its economic base, professionals lose their jobs, families are displaced, important research is threatened, severely ill patients’ lives hang in the balance, and credibility of healthcare delivery in America suffers.  Who wants to be the one who signs off on that order? You’d have to go into hiding from The Greater Good who would be out hunting you down.

Economics and Ethics join up in the philosophy of Utilitarianism,  espoused by famous 19th century Economist and Philosopher John Stuart Mill and encapsulated in his statement:

Guess Mayo wins this one, based on the Greater Good. But their win will probably bring down at least one new Government Regulation on the rest of us.  In that vein, it’s worth pointing out that being Big means your actions can be unethical, immoral but NOT illegal.  How else to explain Big Finance company MF Global’s apparent success in avoiding federal fraud charges for it’s “loss” of over a  Billion dollars in customers’ monies, on grounds that it was “sloppy” not “criminal.”  More recently, Big Bank HSBC got off the indictment hook for gigantic money laundering because of fears of what would happen if the bank failed — HSBC just has to pay a $1.92 Billion fine, an amount that apparently doesn’t threaten it’s livelihood.  The “Big” Central Value can be rephrased as “It’s good to be King.” Big is Good, no matter what field you’re in.   To quote a famous 20th century moral philosopher,

“Steal a little and they throw you in jail. Steal a lot and they make you king.”  Bob Dylan

There is any number of other ethical dilemmas and moral temptations to consider in hearing healthcare, especially if you are an Audiologist:  protection of intellectual property, stealing patients, steering patients, turning away patients, selling hearing aids without providing implied services, deriding colleagues, handling impairments of patients and staff, plaigiarism, calculated errors of omission and commission, billing insurances by all the rules … the list just doesn’t stop.  But I am stopping now.

Philosophy and ethics are hard and confusing because they question decisions made at the margins of behavior.  This blog is in full retreat, moving back next week to the simple world of Economics where margins are measurable.