Evidence Over Orthodoxy, Part 3: Where Do We Go From Here? 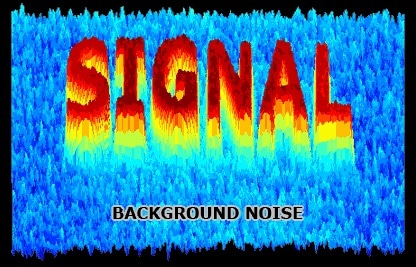 Editor’s Note: Terry MacTaggart offers his concluding remarks on how we can better serve people coping with hearing loss and communication challenges during one of the most uncertain moments in our lifetimes. Click here to view Part 1 and Part 2.

What does this wish list for consumers imply for the industry? 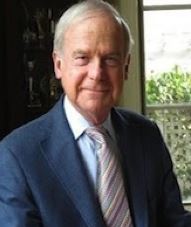 Strengthening Education, Access and Availability are key ingredients. Also recognizing that while the industry with adaptation can provide important leadership, it will never attain the scale required to confront the problem entirely. Coalitions and partnerships will be required as well as new sources of public and private funding.

Messaging will need to become much more consumer specific. Appealing to a 25-year-old or someone 45 are each different than to a person reaching senior status. Yet all of them may have or be developing hearing issues.

“Protect yourself”, “Be the best you can be”, “Stay connected to people and things that matter” are themes that generally resonate and could be used much more. But they need additional context – why should a kid in a band care? or a diabetic? or those who are beginning to turn the volume of their TV’s up?

This isn’t rocket science; seasoned marketers understand what’s required. They would argue that the relatively universal pitch that has worked for decades should be recast. A dose of self-reflection about behaviour often leads to the same conclusion.

The business model will also need to evolve quite sharply. A good start is underway in adopting virtual care. In future, that will become the primary method to attract, motivate and treat most “patients” (quotations represent my observation and bias – make limited use of that term in reaching out to a much wider demographic; cut back on the “white coat”. It’s about wellness, not being sick…!).

More reliable methods for testing and evaluation must accompany this development. Software embedded AI and pattern recognition algorithms can detect and classify even early changes within the normal range as well as situations that are obvious. Reports can then be delivered that apply what measure of confidence should be assigned to the results in addition to recommending what best next steps are warranted. Widespread use of such innovations can broaden the base of those tested by a substantial amount. Adding simple speech testing also makes good sense.

The goal of this hearing triage must above all be to inform the subject about his/her status and its importance rather than sell a hearing aid – a premise that will engender trust and greater receptivity to take action. A multiplier effect often results – trusting people lead to others they know who are encouraged to learn more about their hearing function. A reasonable guess suggests that a “happy initial customer” creates an influential ripple to 2.5 others.

A greater range of hearing products and price points needs to be offered if the largest pool of potential clientele (those with mild and moderate hearing loss) is to be attracted. There are a growing number of relatively inexpensive alternatives that will satisfy that clientele, at least for a while. Additional services should be proposed and costed accordingly.

Counseling, an original keystone of audiology, will almost certainly become more significant and sought-after. By tailoring programs well and progressively to match a client’s needs, there is little reason to doubt that it will become an important revenue producing service via insurance and/or user pay.

In sum, at least for routine cases, hearing telehealth will become the norm for prospecting, testing, counselling and treatment. That’s no longer revolutionary. It’s becoming commonplace throughout the spectrum of health and wellness.

What scenarios are possible for responding?

Preparing for the future requires agility. Thinking about how strategies might vary with different yet plausible scenarios has eclipsed older methods of strategic planning. There is more than one pathway to consider.

Some argue that because the industry has faced into significant change in the past and held its position, the hearing marketplace will evolve slowly and conservatively. This might be called the “Small Change – Stay Put” possibility. Margins will likely be under greater pressure and use of the Net will be an expected adjunct. But the basic model will still be dominant, at least for the current generation of owner-operators.

An alternative future envisages a service model without walls, call that Virtual Choice. Application of existing technologies and those on the immediate horizon (AI, AR and VR, for example) will facilitate a learning through fulfillment and follow-up process that is satisfying for many consumers, both urban and rural.

Virtual linkages up through full integration with trusted providers (family physicians and pharmacists in particular) will present a value chain that is available for millions more people. And the agile hearing specialist will be able to dovetail more effectively into the health and wellness process becoming a featured aspect of the health hub.

A third could conceivably foresee the entry of new players who rapidly dominate the market. Such a scenario might be dubbed the “Nuclear Alternative”. The majority of the FAGMA giants (Facebook, Apple, Google, Microsoft, Amazon, to which we should add Samsung) are staking out turf in the human health/wellness spectrum, areas they predict are key to their future growth. And they already have access to extensive customer bases across the entire demographic and are capable of investing billions in technology, marketing and acquisitions rather than the millions that the hearing industry conceivably has on offer.

Another compelling feature is that hearing is considered more than just interesting as the human ear is a pathway to several other health-related measure. Exploiting that avenue is already underway – check out, for example, the latest Apple message when opening their health app.

Such a future could extend the reach of hearing health well beyond what we have or can imagine through steady yet unspectacular evolution.  How probable it remains an open question. If realized, it would imply a significant retreat from the existing model of providing hearing instruments through retail and place much more emphasis on education and counselling.

Where to from here?

Hearing like almost every other industry is being disrupted; the future until further evolution occurs is ambiguous. It’s likely safe to conclude that five years from now and certainly by ten it will take on a quite a different cast. Four drivers are clear…

While more brainstorming and much greater experimentation is warranted, three steps appear important in the short term.

My best sense is that a new business model will emerge quite soon. A broader product and service mix will dictate trade-offs and acumen from a financial perspective, Progressive practices will be more integrated into their communities through use of technologies and partnerships. Undoubtedly some will fail or fade away.

Future posts will attempt to describe what this model will look like and what it might become. For now, let’s consider the opportunities apparent and whether and how this New North Star objective might be approached.

Terry Mactaggart is the President and CEO of Ultimate Kiosk Inc. and Summus Hearing Solutions Inc., AI-enabled software companies with proprietary technologies aimed at capitalizing on opportunities in international hearing health. He has substantial experience with private venture creation, financing and growth as an investor, consultant, director, chairman and president of a number of companies – both privately owned and publicly traded – as well as of a private equity fund. A broad international perspective has been gained from these activities as well as from his leadership of The Niagara Institute and his time with the World Bank. Terry has a BA (Political Science and Economics) from the University of Toronto and an MBA from Stanford University. He can be reached at terry.mactaggart@bell.net