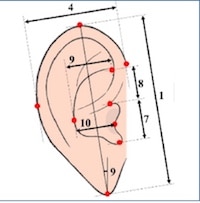 Anthropometry is an ergonomic core of any attempt to resolve the dilemma of “fitting tasks to the human.”1   For external ear products (hearing aids, hearables, earbuds, etc.), comfort, cosmetics, and retention are the three critical areas leading to acceptance or rejection of a product. These are issues that should be addressed at the start of a project development, rather than after the product has been developed.  Because many current products are being designed to fit within the concha of the human ear, this post is devoted entirely to that part of the human ear, specifically concha measurements (Figure 1).

Figure 1. The human concha is identified by the striped area in image Ⓐ. The concha is divided partially by the crus of the helix into the cymba (upper part) and the cavum (lower part). It is outlined Ⓑ superiorly, posteriorly, and inferiorly by the antihelix and antitragus, and anteriorly by the ear canal and the posterior wall of the tragus.

Although numerous measurements are available of the pinna/auricle, primarily of length, width, and of the lobule (summarized previously by this author in Parts 1, 2, and 3), few measurements are available of the concha alone. Even then, such measurements are of limited assistance for in-ear product developments where the majority of components are intended to fit within the concha. While it is true that many products have been made using ear impressions of individuals, for example, hearing aids and ear protection devices, attempts to design an in-ear product for communication purposes, and having a universal fit, mostly rely on “best guess” concha dimensional information. And, while having concha dimensions may not guarantee an appropriate design fit, such dimensions can serve as a good starting point.

A number of measurement schemes have been utilized to measure the auricle/pinna, and its various irregularities.  They include: 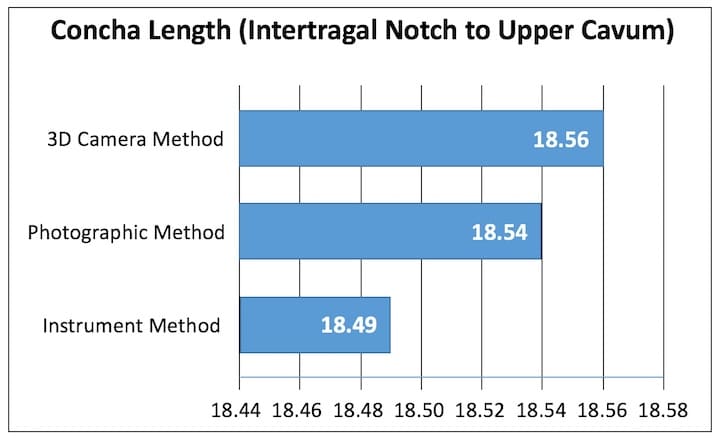 Figure 2. A comparison of concha length using thee common methods for evaluation of the pinna/auricle and its various dimensions. The differences were not great (18.49 mm – Instrument method, vs. 18.56 mm – 3D camera method). Still, of these methods, the least complicated and time-consuming involves the use of the instrument method (calipers). This study measured concha length from the intertragal notch to the upper concha cavum. (Redrawn from Stavrakos and Ahmed-Kristensen2).

However, when using these different measurement procedures, can the results be compared directly with each other?   Stavrakos and Ahmed-Kristensen2, suggest that the comparison is not as exact as one may expect, as shown in Figure 2.

Overall, studies suggest that the method with the most direct, and least expensive approach to concha measurement, is the Instrument Method (calipers).  (This would appear not to be the case for forensic use of the ear anatomy where photography and 2D and 3D dimensional characteristics are used to identify an individual).  But, for basic in-ear product development, the Instrument Method would seem to be a satisfactory approach to average concha dimensions.  However, even within this method, variation exists in the landmark locations from which measurements are made, as illustrated in Figure 3, making comparisons between studies difficult. 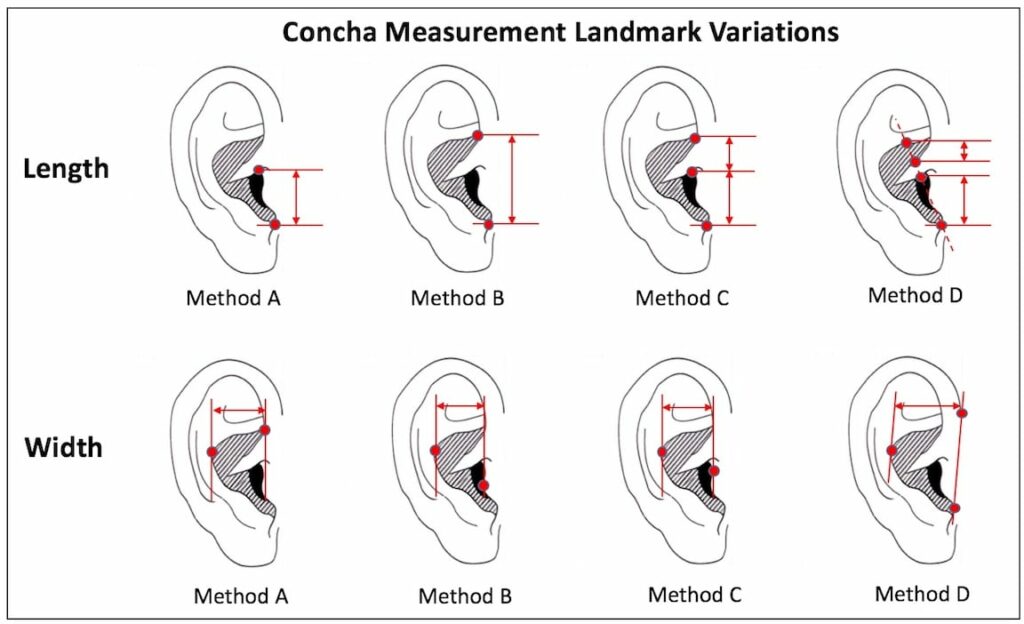 Figure 3. Concha length and concha width measurement landmark reference variations, as determined from the literature, resulting in differences in reported concha measurements. The measurement landmarks are represented by the red dots. The angle of the ear on the head is not taken into consideration in these illustrations, but would not impact the measurements. The Methods are to be considered independent of each other relative to length and width. In other words, Method A for length could be coupled with Method D for width, so any combinations could, and have been used.

Suggested Reference Landmarks for Lateral View of the Concha 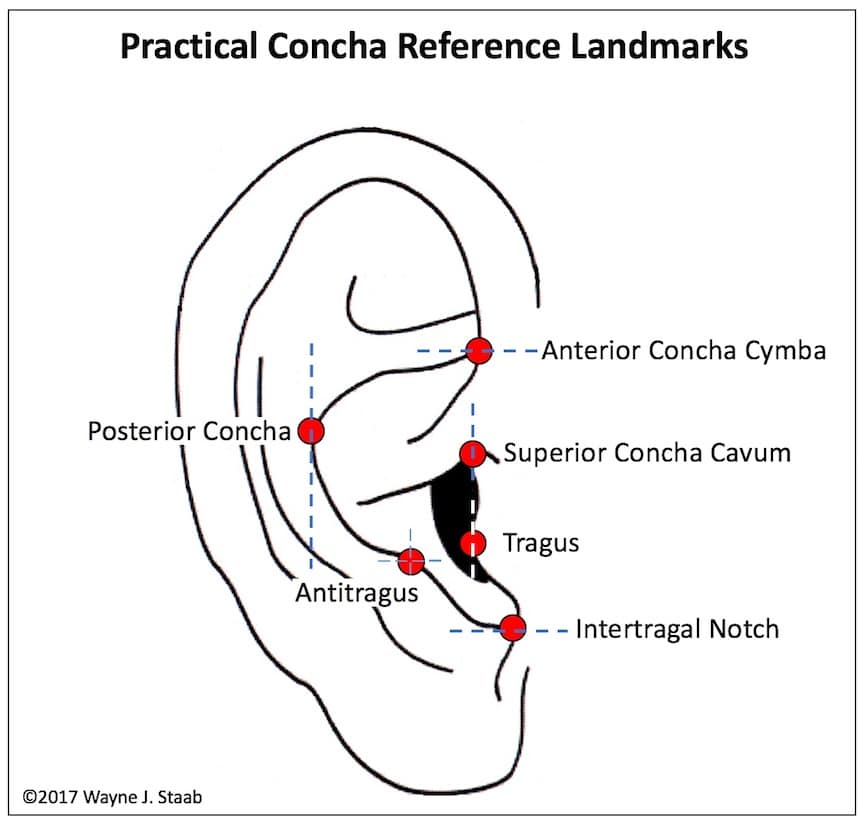 Figure 4. Practical concha reference landmarks, as identified by the red dots. Concha measurement distances should be read as bisecting the horizontal or vertical axis between two points as illustrated in Figure 3 for auricle length and width.

Figure 4 shows suggested basic reference landmarks for lateral view concha measurements.  These reference points (red dots) are locations that appear to be the most consistently used in the literature.

It is known that ethnic populations differ with respect to ear length and width dimensions.  What is not known is how that translates to concha dimensions of different ethnic groups where little data is available.  Additionally, concha measurement landmarks vary among studies, as illustrated in Figure 3.

A following post will provide concha measurement data based on the limited number of studies that have studied this issue.