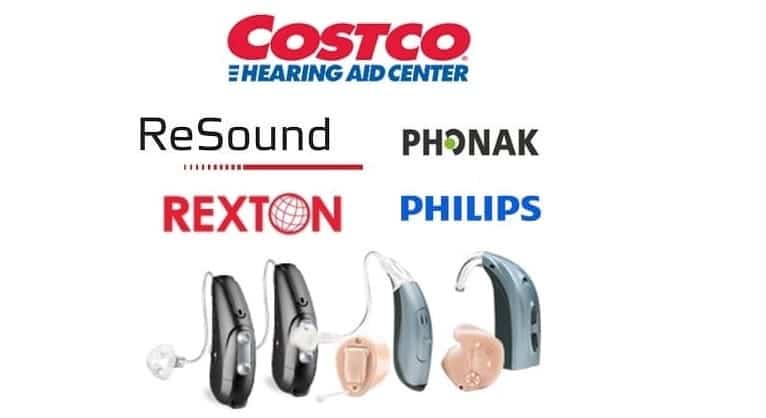 Outside of the Veteran’s Administration, Costco is the largest provider of hearing aids in the United States. Analysts have pegged Costco to currently hold more than 11% market share of all hearing aid sold in the US, with continued growth rates of its hearing aid centers over the past several years exceeding 20% year-over-year.

ReSound launched its Forte hearing aids in the fall of 2017 into Costco, which was then subsequently replaced with the Vida line of hearing aids. The Vida family of instruments offers a full line of custom, Behind-the-Ear (BTE) and Reciever-In-Canal (RIC) styles. 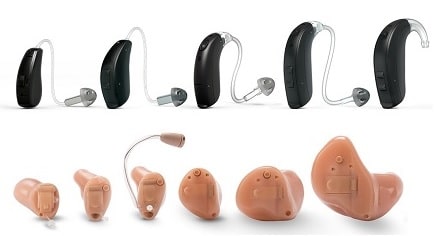 Unlike the company’s previous devices at Costco, the new Vida family has an optional rechargeable battery option offered in its Receiver-In-Canal form factor, which utilizes the silver-zinc battery system from Zpower.

The hearing aids are also compatible with various wireless accessories:

Phonak became the 4th vendor in Costco after launching its Brio hearing aids into Costco in 2014. The company’s most recent technology, the Brio 3, is now the 3rd generation of hearing devices released into Costco from Phonak.

The Brio 3 is offered as a full family of custom, Behind-the-Ear (BTE) and Reciever-In-Canal (RIC) styles.

**Phonak parent company, Sonova, is now confirmed as the supplier of the Kirkland Signature 9.0 hearing aids, as of July 2019.

While GN ReSound and Phonak are familiar names, both inside and outside of Costco, Rexton is not as familiar. A sister company to Signia (formerly Siemens), Rexton aids can be found at Costco stores in the US and were also offered at CVS Hearing Centers until CVS shuttered its hearing aid centers nationwide in early 2019.

The most current hearing aid family available from Rexton is the Adore line, which replaces the previous Legato family of instruments. The Adore family is offered in a full line of custom, BTE and RIC styles. Among the styles offered, Rexton is one of the only manufacturers in Costco to offer a lithium-ion rechargeable device (Adore Li), as well as a nearly invisible standard fitting device (Adore iX) that fits in the ear canal without an impression.

Rexton, like their other counterparts in Costco, offer wireless accessories and charging options. The company was the supplier of the previous Kirkland Signature 7.0 and Kirkland Signature 8.0 hearing aids, prior to the release of the KS 9.0 model in July 2019.

Part of the Demant Group (which also owns the Oticon and Sonic hearing aid brands), Bernafon had been present in Costco for many years. However, in spring of 2019, the company decided to remove the Bernafon brand from Costco and instead, launched its new Philips-branded devices in Costco warehouses in May 2019.

Philips hearing aids are the newest addition to Costco and were released in US stores in early May 2019. According to company representatives, the Philips HearLink hearing aids at Costco include the following styles:

The new Philips hearing aids are Made for iPhone to allow direct streaming of calls and audio to iPhone. The devices also offer compatibility with the HearLink app for iOS and Android:

Unlike many hearing aid retailers, Costco is unique in that it maintains a set pricing structure2 and 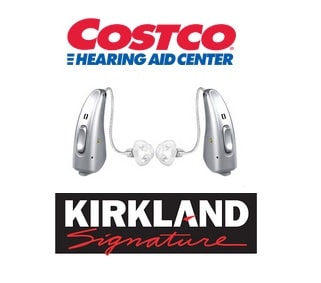 While many people today know that Costco is a major supplier of hearing aids, many are unfamiliar with the company’s Kirkland Signature hearing aid brand, even though it is now one of the biggest sellers (if not the biggest) in warehouses across North America.

Kirkland hearing aids, historically, have only been produced by 2 companies: Rexton and GN ReSound (Interton, which was acquired by ReSound in 2005, produced the early Kirkland model). However, the latest Kirkland Signature 9.0 hearing aids are manufactured by Phonak parent company, Sonova.

Kirkland Signature hearing aids are considered premium-level technology, but are offered at a much lower price than the Costco’s typical premium aids (as noted above, which are typically $1249-$1499 USD per aid). With each successive generation of Kirkland Signature (KS) hearing aids over the past several years, the price for a pair of instruments has been lowered by $100/pair:

This pricing strategy of Costco’s KS brand is in line with recent calls for lower pricing to increase access and affordability to amplification, most notably from the NAS and PCAST reports.

Click here for more information and a review of the Kirkland Signature 9.0 hearing aids.