Supply and Demand of Audiologists in the US 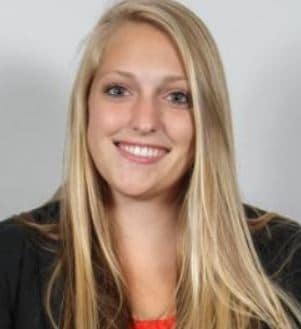 The supply of audiologists in the US is not on track to cover the rising demand in the next 30 years (Windmill & Freeman, 2013, 2017).  This post summarizes on-going economic analyses in a pilot study of the US market for audiologists. The study goals are to establish determinants of supply and demand and estimate effects of those determinants on the market. Click here to access the full study.

Limitations of Equilibrium Analyses of Demand and Supply

As the average age in the US rises, so too does the demand for health care services geared to an aging population.1  Paired with this increase in demand is a static or even decreasing audiology work force (Windmill & Freeman, 2013, 2017;  Hosford-Dunn,2017a,b,c). These statements are examples of conclusions based on observed data.

Observed data is reflective of market equilibrium. Demand and supply represent relationships between wage and employment. As the wage increases, more people are willing to work, and thus we expect to see an increase in quantity supplied. On the other hand, employers must pay their workers more, and thus we expect to see a decrease in quantity demanded. In equilibrium, the equilibrium wage equates quantity demanded and quantity supplied.

But, without a complete analysis of what factors have affected supply and demand in the past, we cannot distinguish the different determinants of quantity supplied and quantity demanded in the audiology workforce.

The present pilot study is the first step in identifying determinants of supply and demand in the audiology labor market. Instrumental variables and a two stage least squares regression are used to estimate both the demand and the supply equations for the Audiology labor market. All equations together with in depth description of  econometric rationale can be found in the complete journal article (see introductory paragraph of this post).

We first developed a general model and identification strategy to estimate quantity demanded and quantity supplied. Both were assumed to be linear functions of wage and exogenous variables. 2 A 2 stage least squares regression with instrumental variables was used to ensure estimates were consistent and unbiased (Angrist et al. 2000).

Variables were defined as follows:

Therefore, the supply of audiologists will increase along with the number of audiology programs.

On the other hand, we claim that the number of audiology programs does not directly affect demand.  While it is intuitive that as demand for labor rises, so too will the demand for educational programs, it is also the case that schools are slow to respond to these changes in demand due to long lags or inertia in opening new AuD programs. The effect of demand on the number of audiology programs would not be realized until several years later, if at all.

Demand-shifting variables shift demand for audiologists but have no direct effect on supply.  We claim that both the percent of the population over the age of 85 and the number of Costcos are demand shifting variables.

Half of the population over 85 years of age experience significant hearing loss and are likely to demand hearing health services, which makes this variable a demand shifter.

Treating Costco as a demand shifter is based on the following assumptions and logic:

With this emerging substitute for hearing aids and associated services, we expect to see a decrease in demand for audiologists, making Costco a demand-shifting determinant.

Neither Age or Costco variables directly affect supply. The quantity of audiologists supplied is essentially the number of licensed audiologists who want to work as audiologists. This is an individual choice that entails extensive schooling and high cost to obtain the required degree and licensure.  At least in the short run, it is unlikely that the percentage of people 85 years and older or the number Costco shopping centers in a state will influence an individual’s complex academic/professional decision to work as an audiologist.

Therefore, the decision to work as an audiologist is independent of the percentage of older individuals and the number of Costcos per state, making Age and Costco valid instrumental variables that shift demand but not supply.

Part 2 of the study summary describes data collection methods and explains results of first-round modeling of supply and demand in the audiology workforce.

2 In econometrics, exogenous variables are independent factors which are not causally related “within” the model (i.e., non-correlation with other independent variables in the regression equation).  Click here for an intuitive video explaining exogeneity.

Angrist, J and Krueger, AB, 2001. “Instrumental variables and the search for identification: From supply and demand to natural experiments” (No. w8456). National Bureau of Economic Research.

Hosford-Dunn, H, 2017b. How much and how low, Audiology workforce part 2. Jan 10, Hearing Economics, HearingHealthMatters.org.

Windmill, IM and Freeman, BA. 2017. Demand an audiologist, but will there by one available? Hearing Economics, HearingHealthMatters.org.