The Evolution of Auditory Implantable Devices 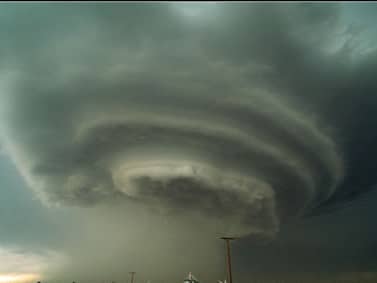 Editor’s Note: Today’s post comes from HHTM’s own hearing technology expert, Dr. Wayne Staab. This post is part of an ongoing, six–part series discussing the evolution of hearing technology. We’re sure our readers at Hearing Views will enjoy this week’s review of how implantable auditory technology has evolved over the years.

Interestingly, it was not until 1977, more than a decade after the first House 3M single-electrode implant, that the Food and Drug Administration approved the cochlear implant, although specifically denouncing Dr. House’s version in favor of more complicated cochlear implant versions that were under development at that time and which later became the standard of use. When the American Academy of Ophthalmology and Otolaryngology (AAOO) endorsed implants in 1977, it too denounced Dr. House’s version.

The FDA formally approved the marketing of the 3M/House cochlear implant in November 1984. And during all this time (27 years), Dr. House faced stern opposition. His colleagues told him initially that cochlear implants would not work, or certainly, not very well. Others called it a cruel hoax on people desperate to hear, and some indicated he did this for financial gain (he never patented the cochlear implant because he did not want to discourage others from working on such devices). Some deaf advocates adamantly opposed the cochlear implant, saying that it would deprive its users of the dignity of their deafness without fully integrating them into the hearing world.

Part of the controversy related to the use of a single versus multiple electrodes to be inserted into the cochlea. House built and attempted a five-electrode device, but determined that overall performance was as well served with a single short electrode (House/3M cochlear implant) that stimulated the entire cochlea at once, required less total electrical energy, and promised to better preserve residual hearing. His interest continued in helping children hear better worldwide, especially in developing countries. He remained an advocate of a less expensive single-channel cochlear implant and developed a Vocal Hearing Screening Test to be conducted by the mother in the hospital or in well baby clinic visits. These works were done through his AllHear Company. He and I (post author) met various times to discuss these developments. In 2000, upon receiving a Life Achievement Award from the American Auditory Society, he acknowledged the numerous arrows in his back from all the various attacks. Dr. House died December 7, 2012.

Cochlear implants (CI) are now an established treatment for individuals with hearing that is essentially un-aidable using traditional hearing aids.

As with a number of developments in hearing assistance products, ideas were generated from work in other disciplines – in this case, dental and craniofacial reconstructive surgery. Osseointegration was using commercially pure titanium implants to support craniofacial reconstruction[1]. Nine years later, Tjellstrom and his colleague[2] introduced the concept of direct bone conduction, which could be achieved by using a skin-penetrating coupling from an osseointegrated titanium implant in the mastoid bone. The actual use of bone-anchored hearing aids as skin-penetrating implants began in 1977. The bone-anchored hearing concept became commercially available in 1987.

Historically, there have been both transcutaneous (over the skin) and percutaneous (through the skin) devices. A titanium-encased magnet is anchored to the mastoid bone (below the skin). The magnet is stimulated electromagnetically by an external energizing coil contained in a processor. The transcutaneous device, discontinued since about 1985, was designed by Hough and Xomed-Trease, and was called the Audiant. There were inherent problems with a transcutaneous approach because the transduced signal could be of low intensity, and in some cases the external device would not stay in contact with the skull[3].

The percutaneous design was developed by Nobel Biocare and was called the BAHA. This remains the only bone-anchored hearing aid on the market, and is now made by Cochlear Corp.

Bone-anchored hearing aids use a surgically implanted abutment to transmit sound by direct conduction through bone to the inner ear, bypassing the external auditory canal and middle ear (Figure 3). A titanium prosthesis is surgically embedded into the skull with a small abutment exposed outside the skin. A sound processor sits on this abutment and transmits sound vibrations to the titanium implant. The implant vibrates the skull and inner ear, which stimulate the nerve fibers of the inner ear, allowing hearing.

The first devices placed into the middle ear appeared in the 1970′s, even though they had been suggested earlier. The first MEI to come to market was in Japan. It was designed for patients with chronic dysfunction of the middle ear, and it replaced many of the middle ear’s functions. Possibly because of the complicated and irreversible nature of the surgery, this MEI approach did not gain widespread use. Later, a variety of approaches were tested, using different types of transducers to capture the signal and use the middle ear ossicles or the cochlear fluids as the transmission system. The transducers were primarily piezoelectric (bending and using the properties of piezoelectric materials), electromagnetic (magnet on the ossicles), or electromechanical (variation of electromagnetic in that the energizing coil and magnet are housed within an assembly with optimized spatial and geometric relationship to avoid inconsistent results).

In the example shown (Figure 4), a surgical procedure implants an eardrum sensor in the middle ear cavity, takes that signal and amplifies it, sending the amplified signal to the cochlea via exaggerated movement of the auditory ossicles. It does not use a microphone or speaker.

*Stay Tuned: Next week, Hearing Views guest blogger Lydia Denworth discusses her experience as a parent of a child with a cochlear implant–the inspiration behind her new book, I Can Hear You Whisper.